Both baking soda and baking powder are chemical leaveners used in baking, but how do they differ? How do you know which to use? Can you substitute one for the other? Learn the answers to all these questions.

Get a Rise Out of Baking!
Advertisement - Continue Below 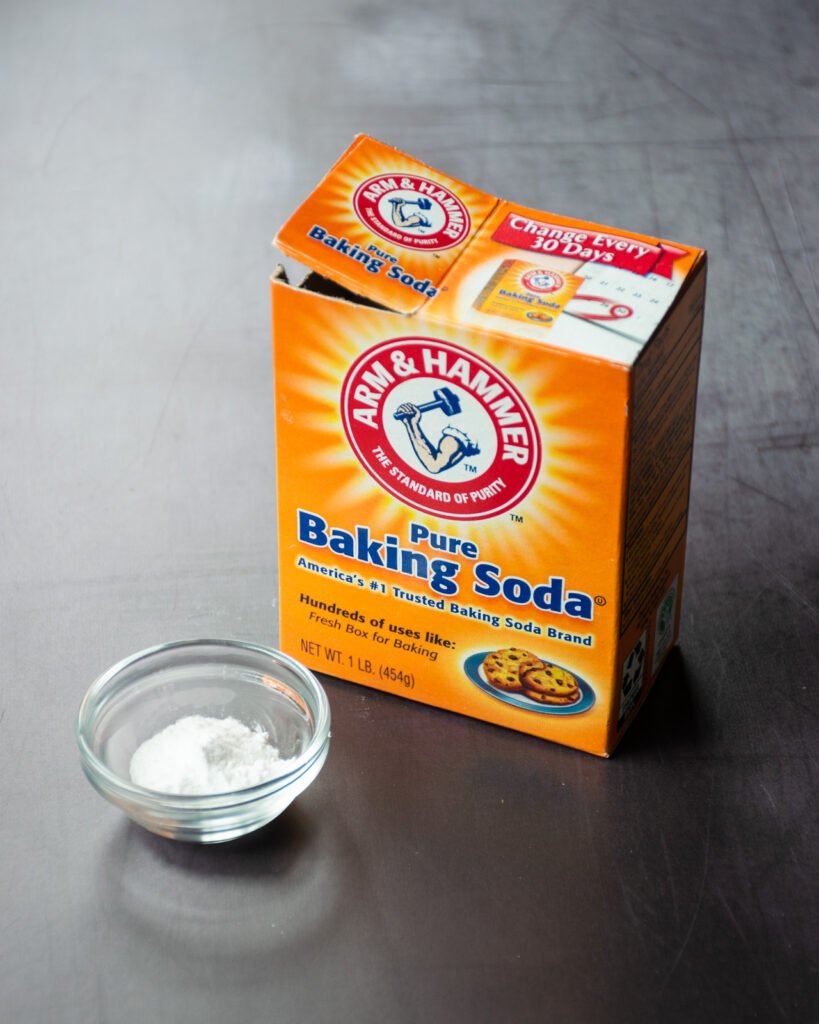 What is baking soda?

Baking soda is a chemical leavener also known as bicarbonate of soda, or sodium bicarbonate. It is an alkaline base that is activated when it comes into contact with an acidic liquid. When this interaction occurs, the baking soda gives off carbon dioxide, also known as … bubbles. These bubbles help our baked goods to rise as they bake in the oven. 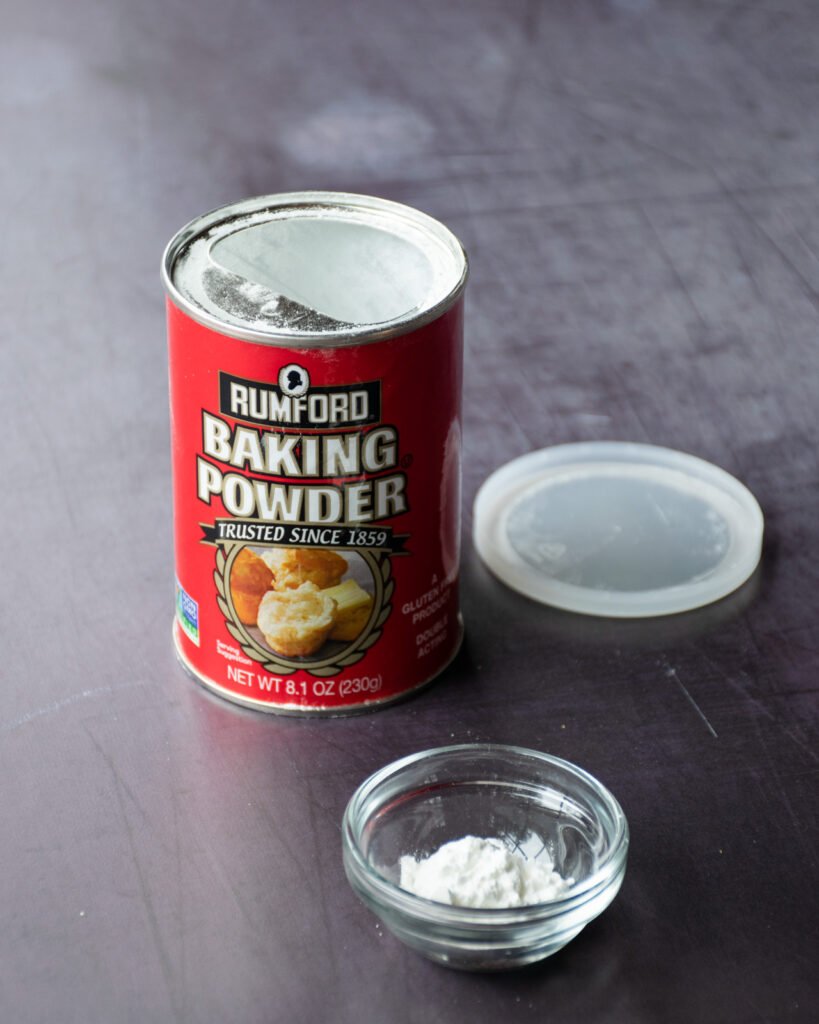 What is baking powder?

Baking powder is also a chemical leavener that is made up of baking soda, a dry or powdered acid (like cream of tartar) and an inert stabilizer (like cornstarch), which works to absorb moisture and keep the baking soda and acid from interacting before it’s time. When you mix baking powder with a liquid, the dry acid becomes liquid and activates the baking soda which then gives off the carbon dioxide… bubbles. Baking powder, however, is double-acting and emits more bubbles when it gets hot. It reacts first with the liquid and second with the heat. 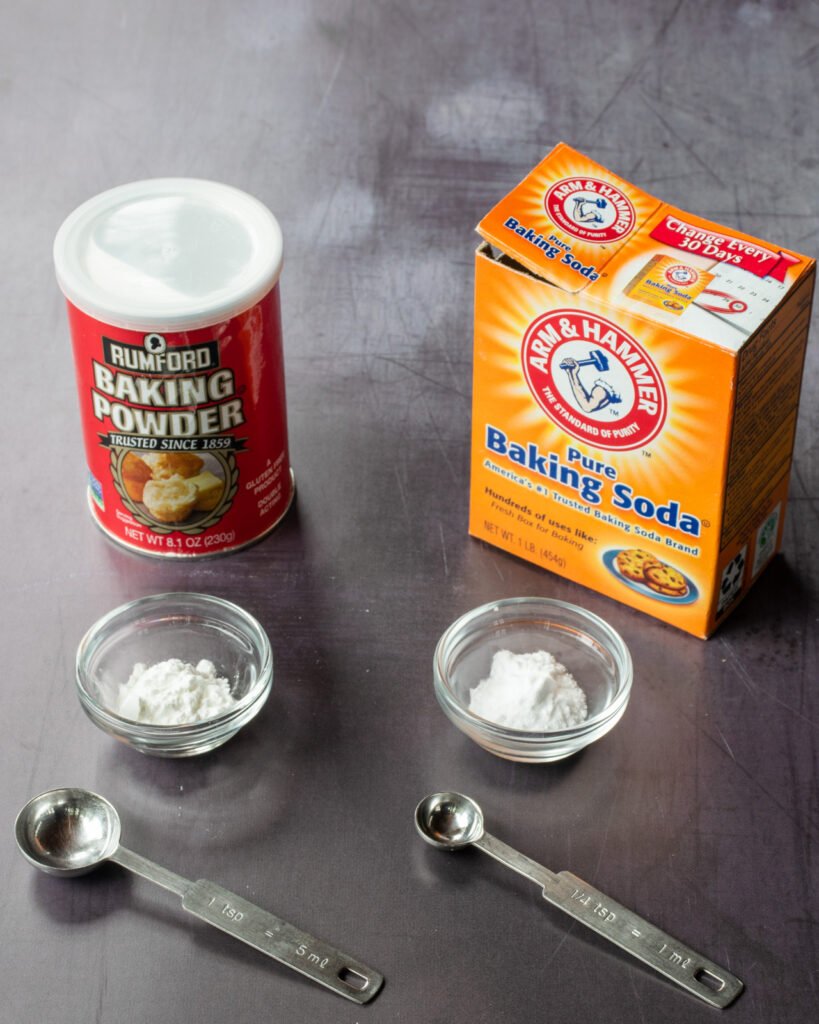 The difference is that baking soda needs an acidic liquid in order to work, whereas baking powder will be activated by any liquid the first time, and then is activated a second time when it goes into the oven. What this means to you as a cook is that when you’re making a recipe with baking soda, you need to get your batters into an oven as soon as you can after the ingredients are mixed together. With recipes that use baking powder, you have a little more leeway because the baking powder will react a second time when the batter gets hot.

Another difference between the two is that baking soda is four times stronger than baking powder. This is good to know when trying to substitute one for the other – more on that below.

When to use which one?

Sometimes both are used in a recipe. When there is not enough acid included in a recipe, you can’t just add more baking soda because it will give your finished product a  metallic taste. Instead, baking powder is added in addition to the soda.

In short, everything needs to be in balance. Too much baking soda will give you a metallic taste, while too much baking powder will end up with a bitter taste. The leaveners need to be in balance with the amount of acid and the overall volume of the recipe. Bottom line… follow your recipe! 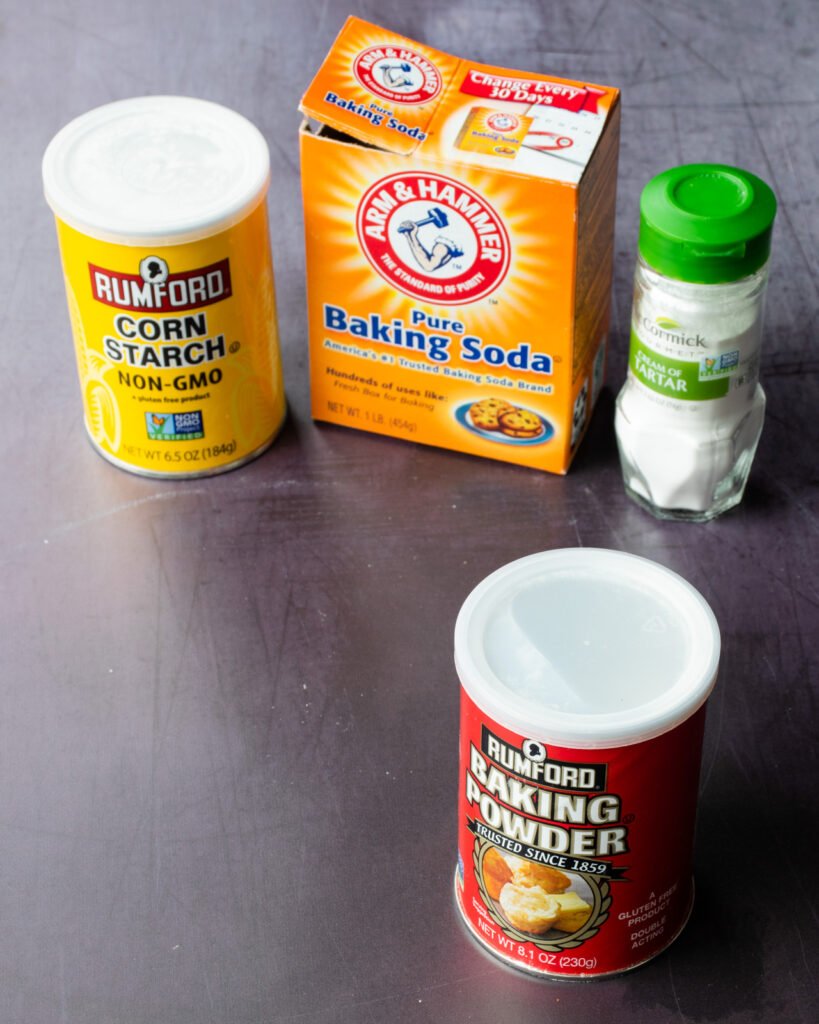 Can you Substitute One for the Other?

The quick answer is “no”. It’s not recommended to substitute one for the other because it will change the flavor, texture and color of the food. Having said that, in a pinch you can create substitutes as long as you know the end result will not be exactly as intended.

If you don’t have baking powder, you can use baking soda as long as you also add an acidic ingredient to activate the soda. In simpler terms, you can make your own baking powder! See the chart below to see the formula for three common substitutions.

How to Test Baking Soda and Baking Powder

Both baking soda and baking powder do expire over time, so the first step in checking to see if your leavener is still active is to check the expiration date on the package. Still, that doesn’t necessarily give you a definitive answer. There are two very simple tests that you can do, however, to know for sure if your chemical leavener is going to work in your baking, and it’s important to do this before you bake and waste the other ingredients.

To test baking powder, add 3 tablespoons of warm water to ½ teaspoon of baking powder. It should fizz to show it is active.

To test baking soda, add 3 tablespoons of white vinegar to ½ teaspoon of baking soda. It will also fizz vigorously to show it is active.

You can see examples of both these tests in the video below.

You made it to the bottom of a very scientific article!! Well done! All of the above is explained in the video below.

Can you Substitute One for the Other?

How to Test Baking Soda and Baking Powder

When you just want a basic vanilla layer cake, this is your go-to recipe. You can decorate it with buttercream...
View Recipe

The perfect blueberry muffin with a high crown and a moist center is a snack to behold! Here are a...
View Recipe

Waffles are something that I love to have for breakfast on special occasions or holidays - Christmas, New Year's Day,...
View Recipe

What is baking soda? Baking soda is a chemical leavener also known as bicarbonate of soda, or sodium bicarbonate. It...
View Recipe

All Baking Skills
Advertisement - Continue Below