There's more to using lemons than making lemonade. This article will tell you all about lemons, from zesting to juicing and even a few non-culinary uses.

Let's get squeezing, and zesting, and juicing...
Advertisement - Continue Below

The lemon originated in southern Asia and was probably a cross between a citron (the citrus fruit from which all other citrus are derived) and a bitter orange. They were cultivated in Europe by the 15th century and came to the Americas with Christopher Columbus in 1493. Originally they were used for ornamental plants and medicinal purposes, but soon made their way into the kitchen and were used for culinary applications.

How to Choose a Lemon

While you can find lemons in the grocery store all year round, the season for lemons is between May and August. That is when you’ll find lemons at their peak, with shiny bright yellow skin. Choose lemons that are tender to a gentle squeeze – if the fruit is a little softer, it generally has less pith and more juice. You can also judge a lemon by how it weighs. If it weighs more than its size would have you guess, it is full of juice. While surface marks don’t usually affect the interior of the lemon, don’t select lemons that are badly bruised or shriveled. Finally, you can assess the acidity of a lemon by the color of its skin. If it is pale yellow or a little green, it will have more acidity than its bright deep yellow neighbor. 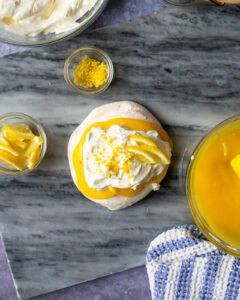 Lemon zest is called for in lots of recipes and is a favorite ingredient of mine. The zest of lemon is the very outside of the fruit – just the yellow skin with no bitter white pith attached.

There are two important things to remember when zesting a lemon. First of all, always remember to wash the lemon before zesting it to remove any dirt or coating on the fruit. Secondly, if your recipe calls for both zest and juice of a lemon, always remove the zest first. It’s much easier to zest a whole lemon than to zest half a lemon.

You can remove the zest of lemon using a handheld zester. Zesters like these remove strips of lemon zest that can be used as pretty garnishes. Most handheld versions also have a channel knife on them as well to allow you to make a twist of lemon for a drink, which can be handy. Another way of zesting a lemon is to use a microplane grater. This is the easiest and most efficient way to remove all the zest from a lemon, but the zest will be in very small flecks rather than long strips. Use a microplane when you are adding zest purely for flavor and not for looks. Finally, if you have very good knife skills and a very sharp knife or a good swivel peeler, you can slice zest off a lemon and then cut it into any shape you like. 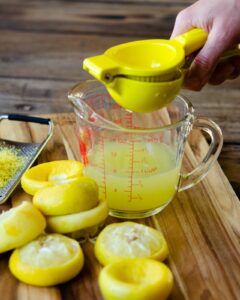 Lemon juice is another very common ingredient in many recipes and is used often to brighten up a dish and give it a gentle acidic note. Lemons are one of the most acidic of the citrus fruit family. It has slightly more citric acid than lime juice, twice as much as grapefruit juice and five times as much as orange juice.

To get the most juice out of a lemon, roll it firmly on the counter before you juice it. This breaks the cell membranes and allows juice to flow more freely when the lemon is squeezed. You can certainly squeeze a lemon by hand, but it’s much easier to use a handheld reamer or a lemon juicer to remove the maximum amount of juice possible with the least amount of waste. If you just want a small amount of juice, you can spike a lemon with a paring knife and then squeeze juice out of the slit in the lemon. You can see this method in the video below.

Meyer lemons are a delight that can be found in many grocery stores across the country these days. If you’re lucky enough to see them, pick some up! A Meyer lemon is a cross between a lemon and a mandarin. They are sweet and very juicy with an edible rind and appear in stores between November and March.

What to do with Lemons 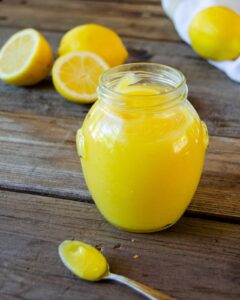 You’ll find yourself using lemons for so many things in the kitchen that it is practically impossible to mention them all here. From a wedge of lemon in a glass of water to lemonade or a twist in a martini, from a squeeze over salad greens to a buttermilk lemon dressing, from lemon skillet chicken dinner to pork picatta, from lemon curd to lemon meringue tart, or even a delicious lemon blackberry poppy seed Bundt cake, the number of uses for lemons is infinite. Try a squeeze wherever you want a bright flavor note or a little acidity in your food. You can also use half a lemon and some kosher salt to polish up copper pots and pans, and zesting a lemon in room will spread aromatic lemon oil into the air.

Lemons are an ingredient to have on hand at all times because you just never know when you’ll need a little lemon. 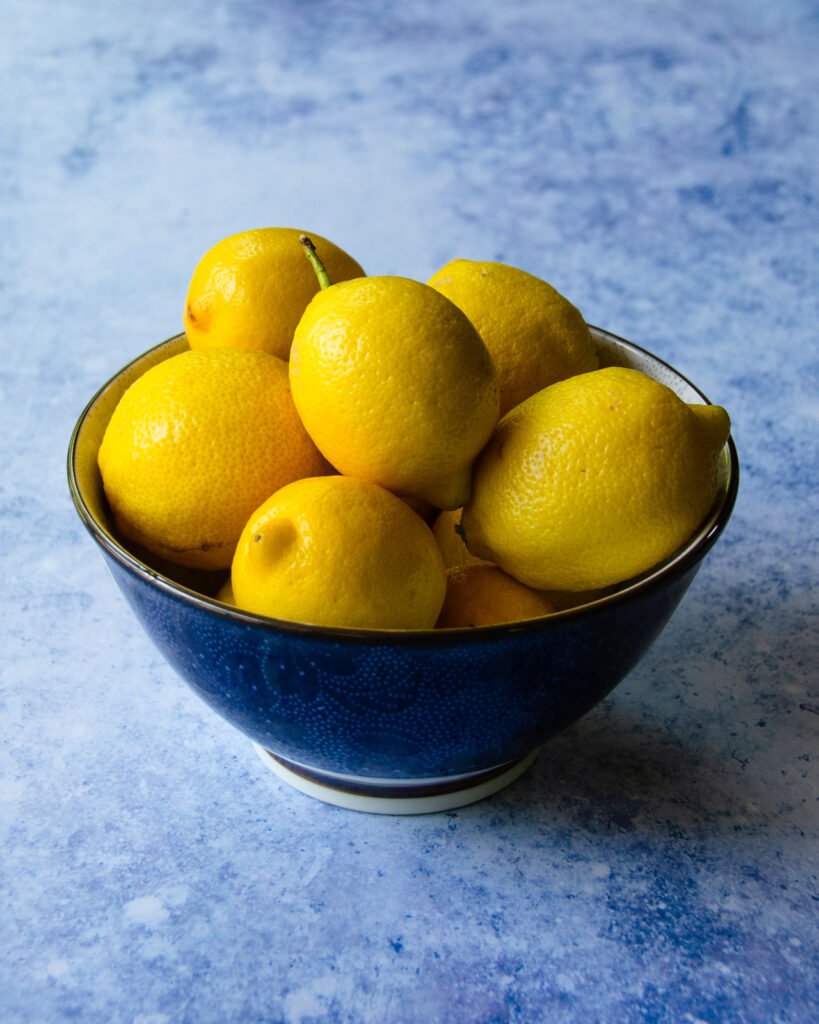 What to do with lemons

Lemon curd is a critical component of lemon meringue tart, but it's also delicious with a freshly baked scone or...
View Recipe

When life gives you lemons... make lemonade! You'll need quite a few for this refreshing summer quencher, so stock up....
View Recipe

Lemon Meringue Tart has three components which you can make in stages, allowing you to put this impressive dessert together...
View Recipe

All the best mornings start with pancakes! There's no need for pancake mix when making them from scratch is so...
View Recipe