Tourtière is a dish that I really only have once or twice a year, but it's one of my favorite meals. It's French Canadian in origin, but tourtières are eaten all across Canada, in the northern states bordering Canada, and frankly probably all over the world since good meals know no borders and have a tendency to travel far.

It’s essentially a meat pie with pastry crust on top and bottom, but there are so many variations and different ways to make it. 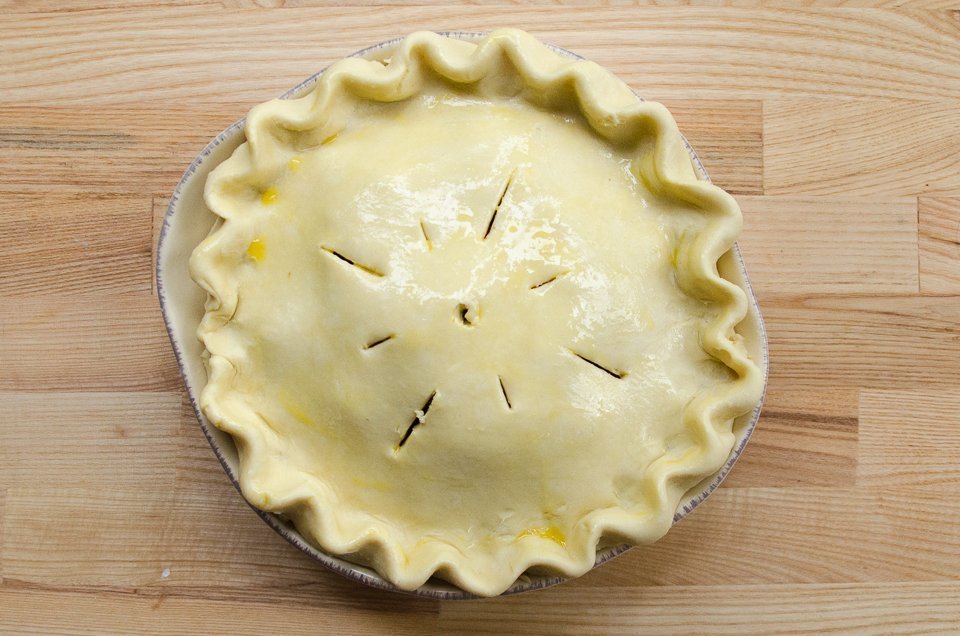 This recipe is a hand-me-down recipe from my best friend’s mother, who happens to be Dutch but lived in Canada for years and years. It veers from tradition in that there is tomato incorporated into the meat filling, but I like the flavor that the tomatoes add and they help to keep the filling moist. Adding breadcrumbs helps keep the filling moist as well because they absorb any excess liquid and hold it. The result is a moist, but not runny interior. 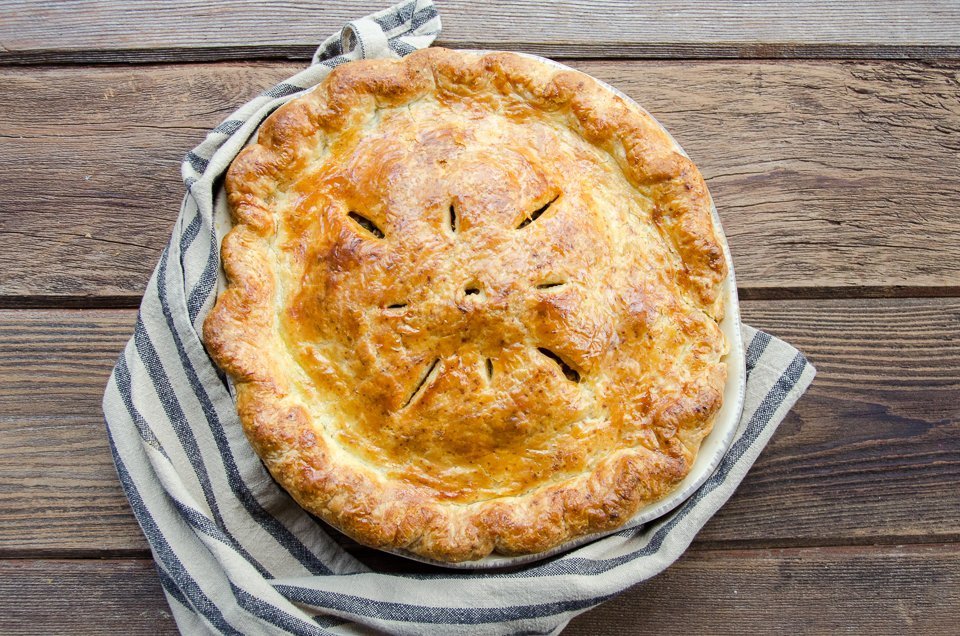 I also love this recipe for pastry, using sour cream and an egg yolk as the liquid that brings the butter and flour together rather than water. Enhancing the dough with the grated Cheddar cheese is pretty (because you see the flecks of Cheddar in the finished dough) and the sharp Cheddar seasons the pastry so nicely. The two together – the luxurious pastry and the meat filling – is a match made in heaven.

Now you might be thinking that this is all too much for you to do, but it’s really not. The key is to make the components the day ahead of time. Make the meat filling on the stovetop. While the meat filling is simmering, make the pastry, wrap it in two round discs and pop it into the refrigerator. Then, transfer the filling to a container and cool it completely. Leave that in the refrigerator too. Do both of these steps the day before you want to make the tourtière. Then, when it’s time to put the two together, it honestly couldn’t be easier. 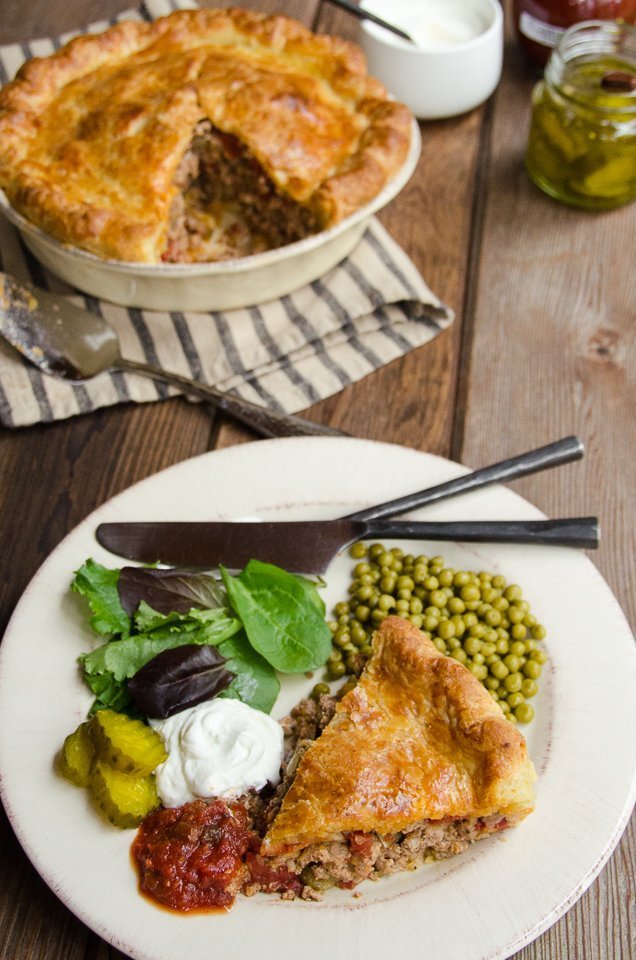 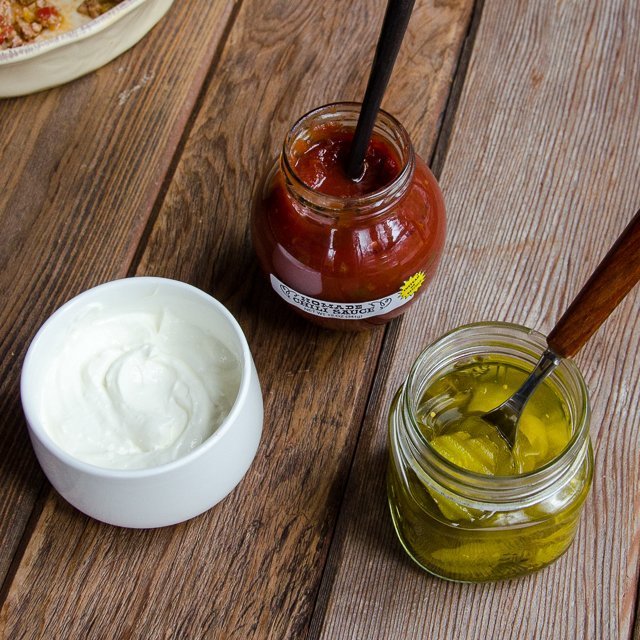 When I have tourtière, I serve it with a good chili sauce, some bread-and-butter pickles and a dollop of sour cream. My family also serves some Le Sieur peas (Le Sueur peas in the United States) along side. I know that is a bit odd – I don’t have canned peas any other time of the year, but there’s something about these peas that suits the meal. They are tender, petite, sweet peas that have a long history. The Canadian Le Sieur peas (“Le Sieur” literally translating to “mister”) have been traced back to a recipe from the 17th century, but the canned peas bear no real resemblance to that recipe (read more here). The American Le Sueur peas have been around for over 100 years and come from the fertile valley of Le Sueur in Minnesota. They, and the town they are from, are named after French explorer Pierre-Charles Le Sueur. Either way, the two cans are almost identical (save the spelling) and when there’s tourtière on my plate, I find them perfect and delicious. 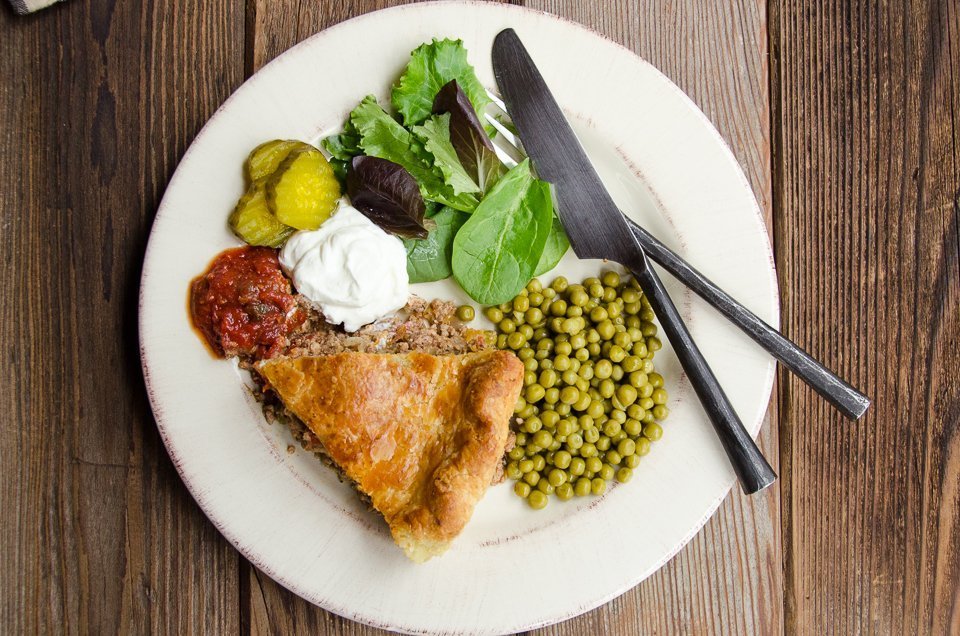 I always have tourtière at Christmastime – usually on Christmas Eve and then leftovers (often even better) the next day. Christmas can be a busy time of year, but imagine how peaceful and relaxing it could be if your meal prep was done the day ahead of time and you just have to heat a can of peas as the side dish. Doesn’t sound glamorous, but believe me… it’s perfect!

Hello! All photos and content are copyright protected. Please do not use our photos without prior written permission. If you’ve made this recipe and would like to share it with your friends, please link back to Tourtière on Blue Jean Chef. Thank you!