Once you've mastered making buckwheat crêpes for a savory meal, it's nice to have an idea of what you'd like to put inside them for dinner.

Crêpes are just like omelettes, quiche and pizza in this realm – you can put almost anything inside a crêpe and call it dinner. You can use up leftovers that you have or prepare ingredients specifically for the crêpes, but either way, there is really no limit to the number of ingredient combinations you can make. This recipe calls for chicken, mushrooms and leeks all sautéed and then blended with a little cream. A little Fontina cheese finishes it off and dinner is done. 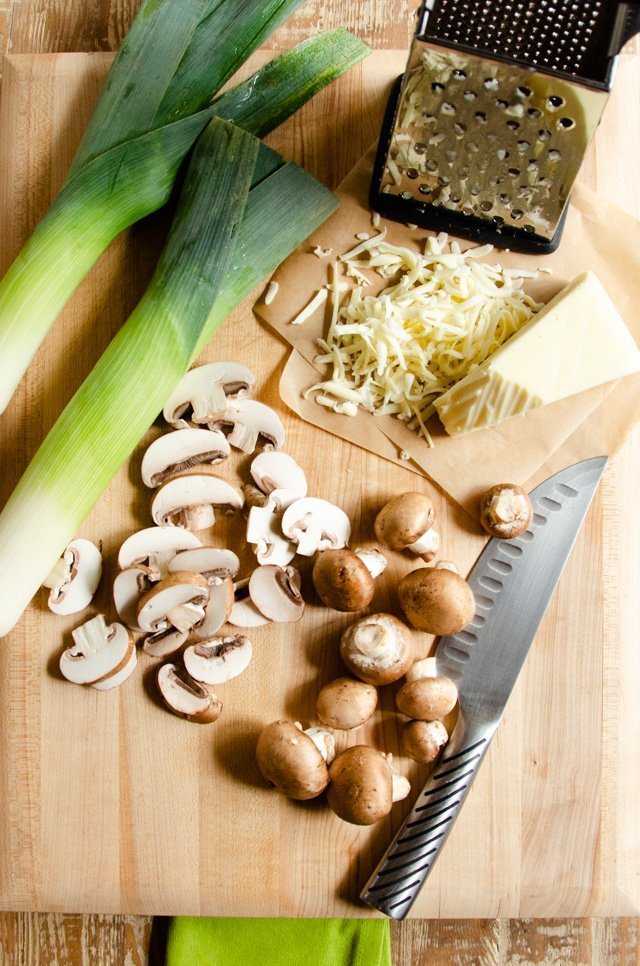 How you fold or roll the crêpes is entirely up to you. You can make a great big crêpe and fold the sides in to make a square package that you then flip over onto a plate. You could also roll the crêpe around the filling and serve one or two per person. Alternately,  you could fold the crepe into quarters filling the open slots or pour some of the filling over the top. It really comes down to the size of your crêpes, but be creative. 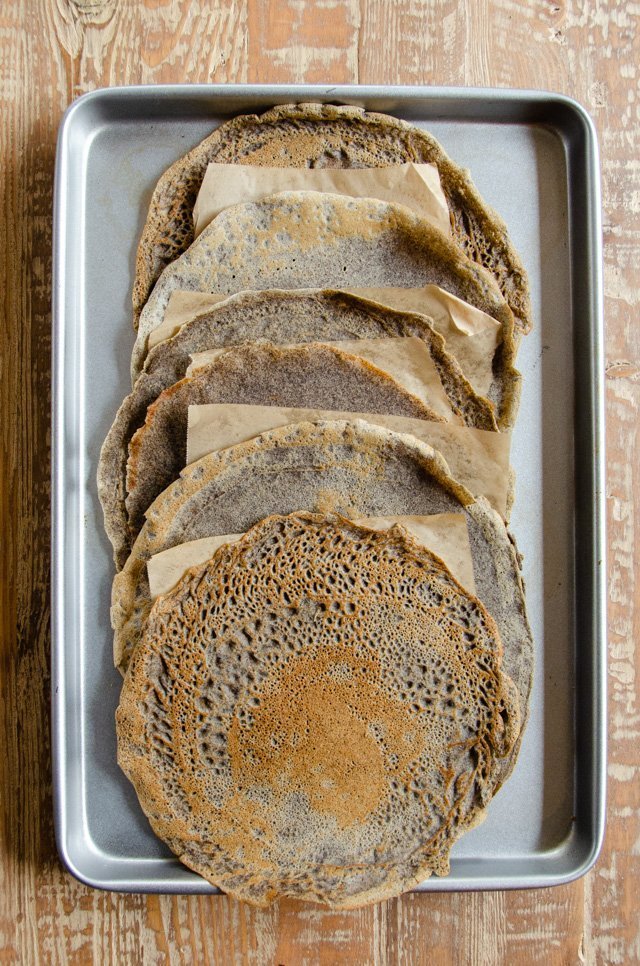 There are a couple of points to remember when making savory crêpes.

Let this recipe be a starter recipe for you. Go be creative and make some savory crêpes of your own. 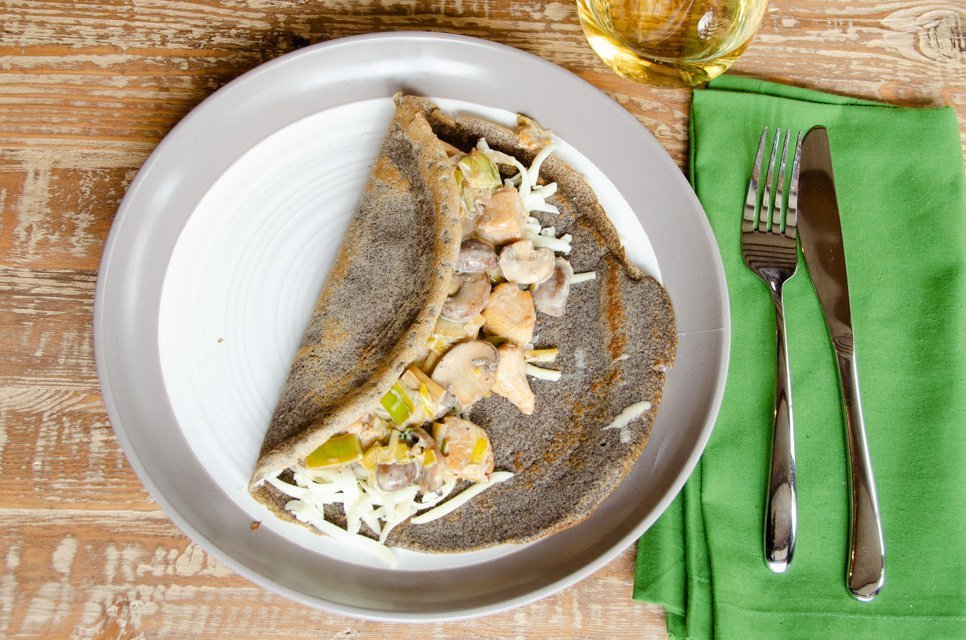 Hello! All photos and content are copyright protected. Please do not use our photos without prior written permission. If you’ve made this recipe and would like to share it with your friends, please link back to Buckwheat Crêpes with Chicken, Mushrooms and Leeks on Blue Jean Chef. Thank you!