This is a delicious snack-able treat for any chocolate lover. It has crunchy outer edges but is tender in the center so people can choose the type of brownie they like. Top it with toffee bits, chopped nuts, chunks of caramel or even crushed candy canes. 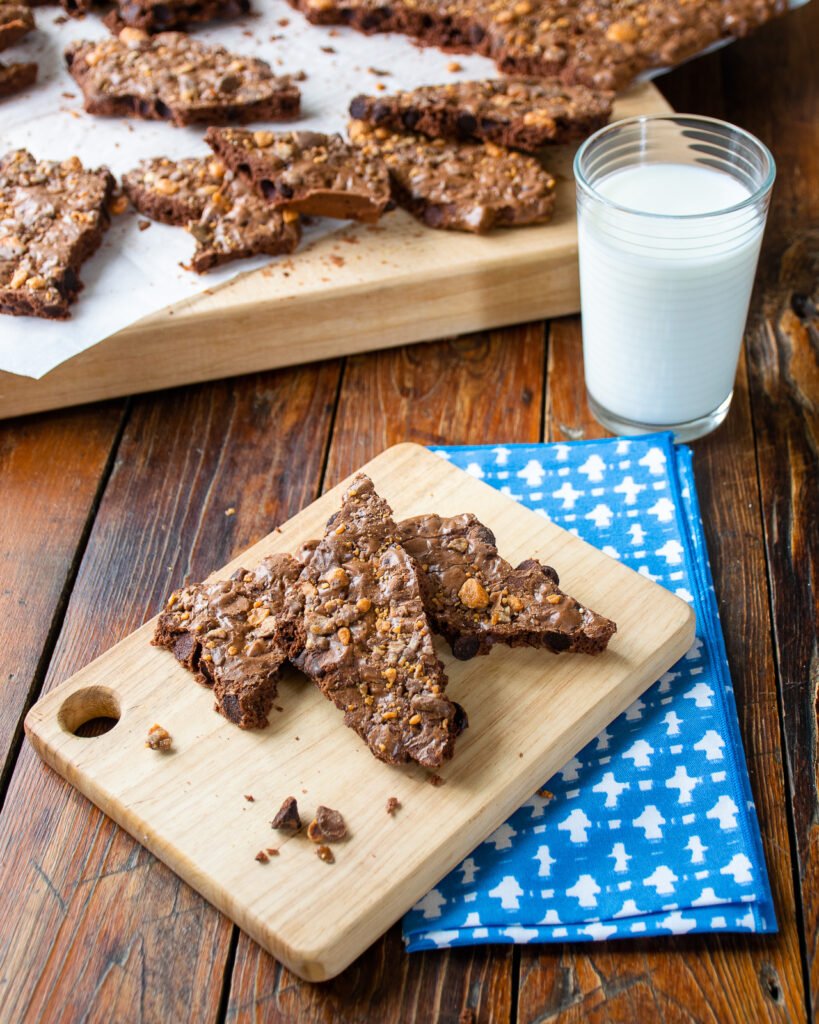 What is Brownie Brittle?

When it comes to brownies, I like them full of dense chocolate flavor and fudge-y. Brittle, on the other hand, with it’s thin, crisp, crunchy texture, is the absolute opposite of dense and fudge-y. Can these two treats – brownies and brittle – come together? You bet they can! Brownie brittle is the perfect marriage of the two. It’s all the flavors of your favorite brownie, but with the thin, crunchy texture of brittle. If you fight for the crispy corners of the brownie pan, if you enjoy the crunch of a cookie, or if you like chocolate any way possible (I raise my hand), then you will love brownie brittle. 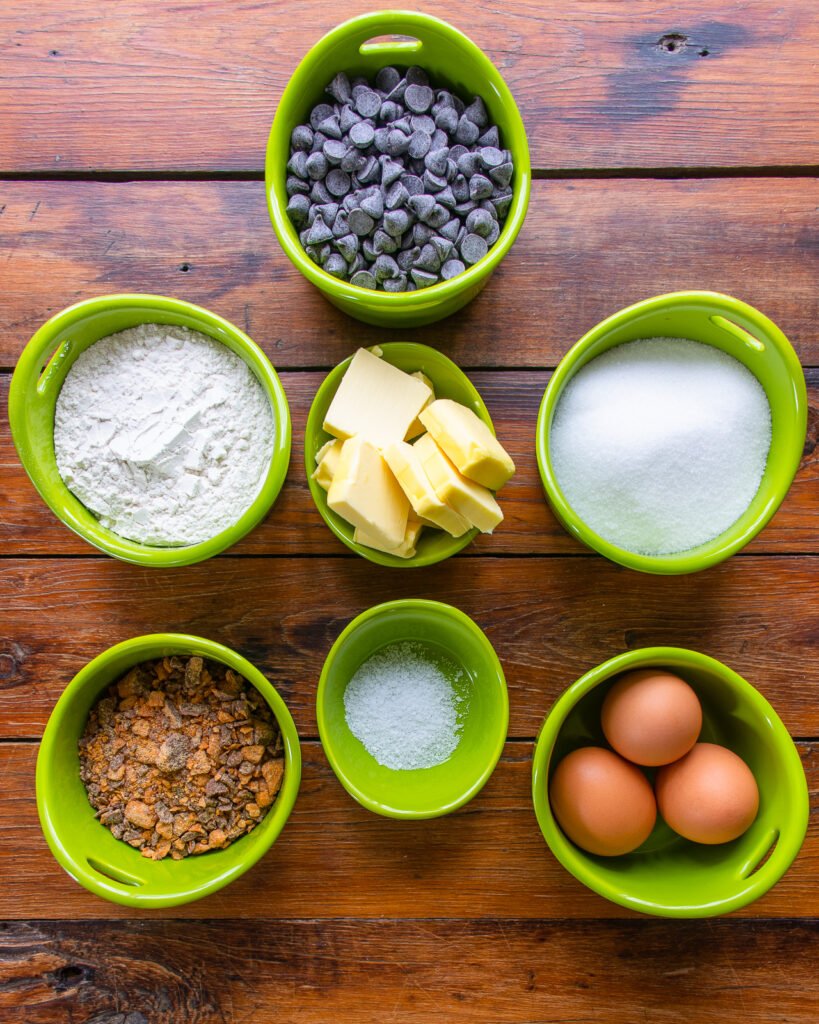 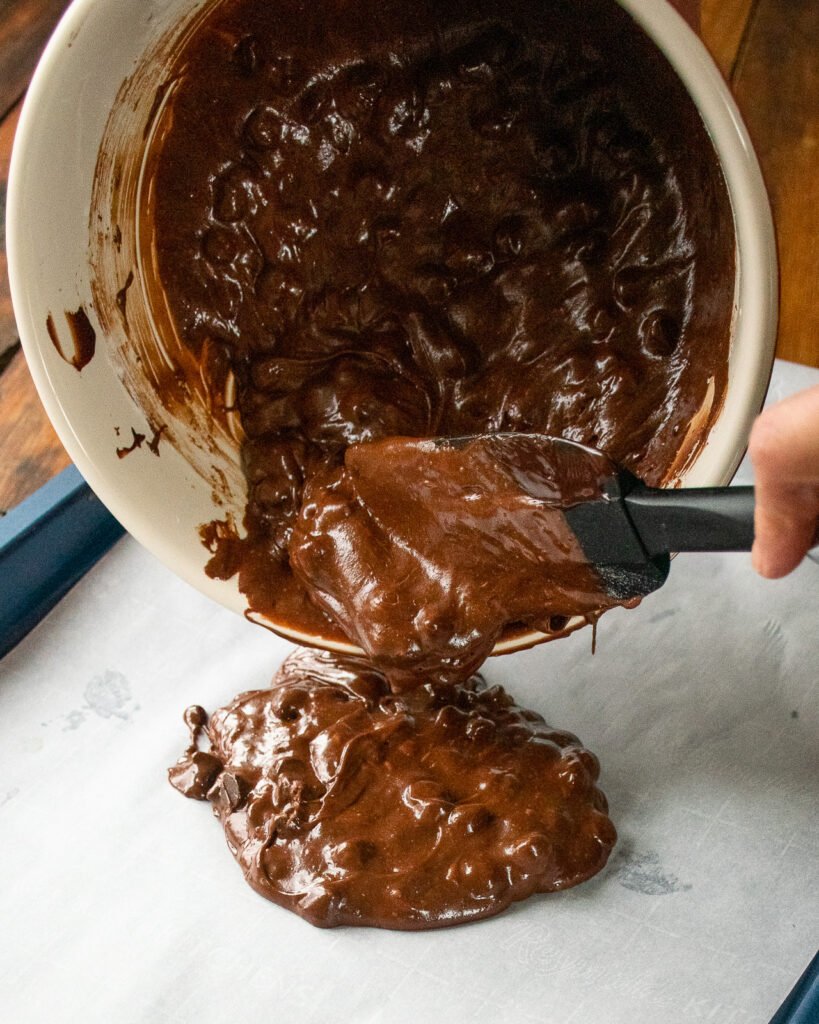 How to Make Brownie Brittle

Once you have your batter made, spread it out onto a sheet pan that has been lined with parchment paper. This sounds easier than it is, unless you have a strategy (which I’m about to give you). The batter is relatively thick and if you try to smooth it out by moving back and forth with a spatula, you will end up with a ball of parchment paper and brownie batter and your temper will flare! So, instead, plan on only spreading the batter out with the spatula in one direction only. Hold the parchment paper at one end of the pan and spread the batter away from you. Then, repeat with the other side. You want the batter to be spread into a layer that is only as thick as one of the chocolate chips. 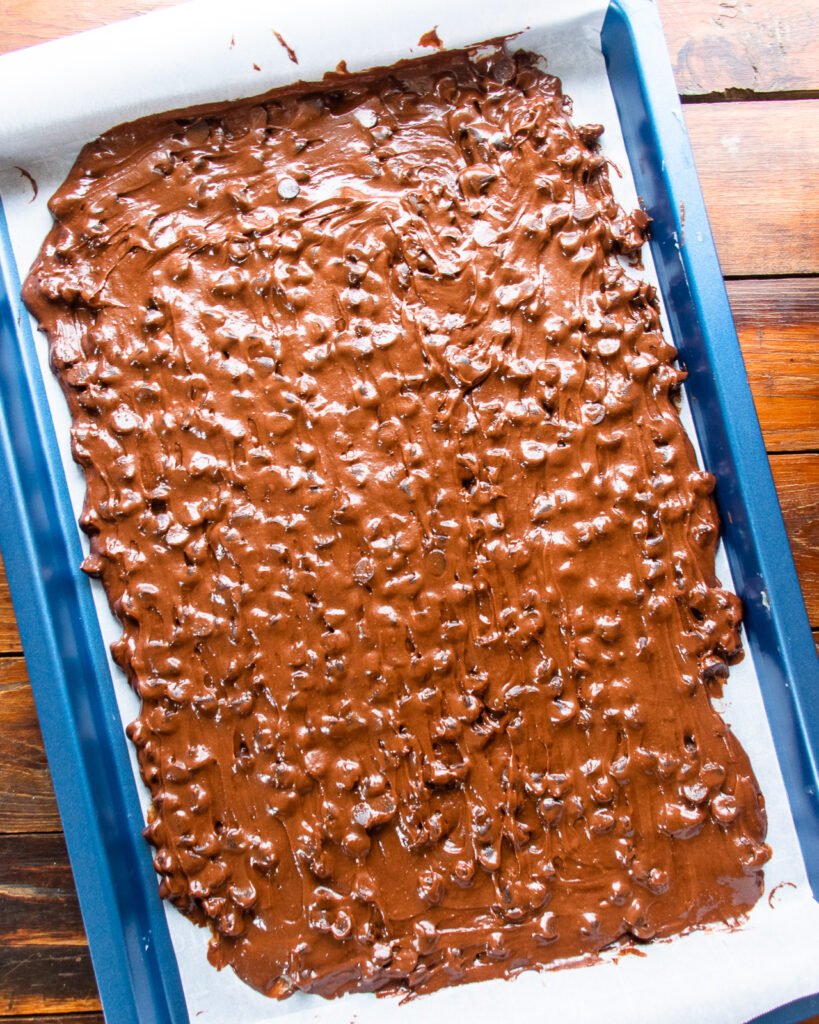 Unlike regular brownies, we want the brownie brittle to dry out a little in the oven. To accomplish that, bake it at 300ºF for 40 minutes (lower and slower than regular brownies). This will allow the batter to dry and crisp up. Some of the center pieces will be more chewy than the outer edges when first baked. That doesn’t make them any less delicious in my opinion. 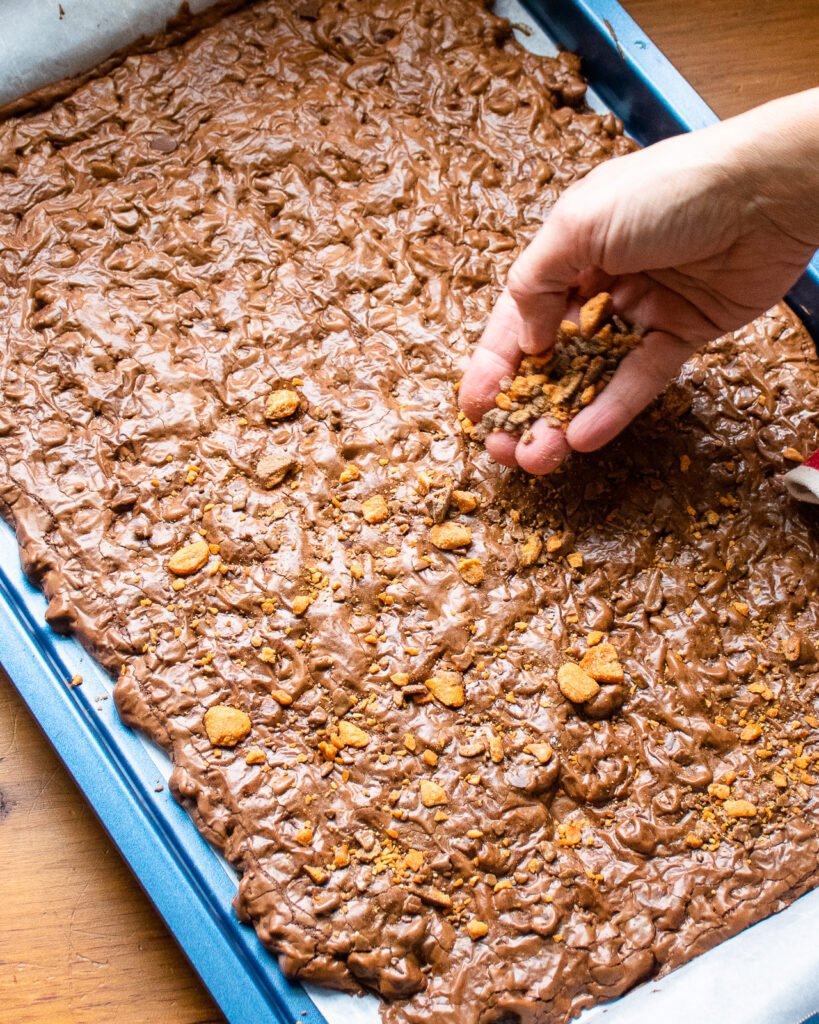 Once it has baked for 40 minutes, it’s time to add any toppings you would like. If you put the toppings on before you par-bake the brittle, the batter will just swallow them up. This recipe calls for toffee bits on the brittle. You can use Skor®, Heath Bars® or Butterfinger® candy bars, crushing them into pieces, or you can buy baking bits in many different flavors to put on top. You could also add chopped nuts instead of the toffee bits if you prefer, or if you’re going for a holiday theme, you could crush candy canes and sprinkle them on top. Whichever topping you choose, press them gently into the batter and then bake for another 5 minutes to set them in the brittle.

How to Store Brownie Brittle

Brownie brittle will store well in an airtight container for 10 to 14 days, but that depends entirely on your will power! 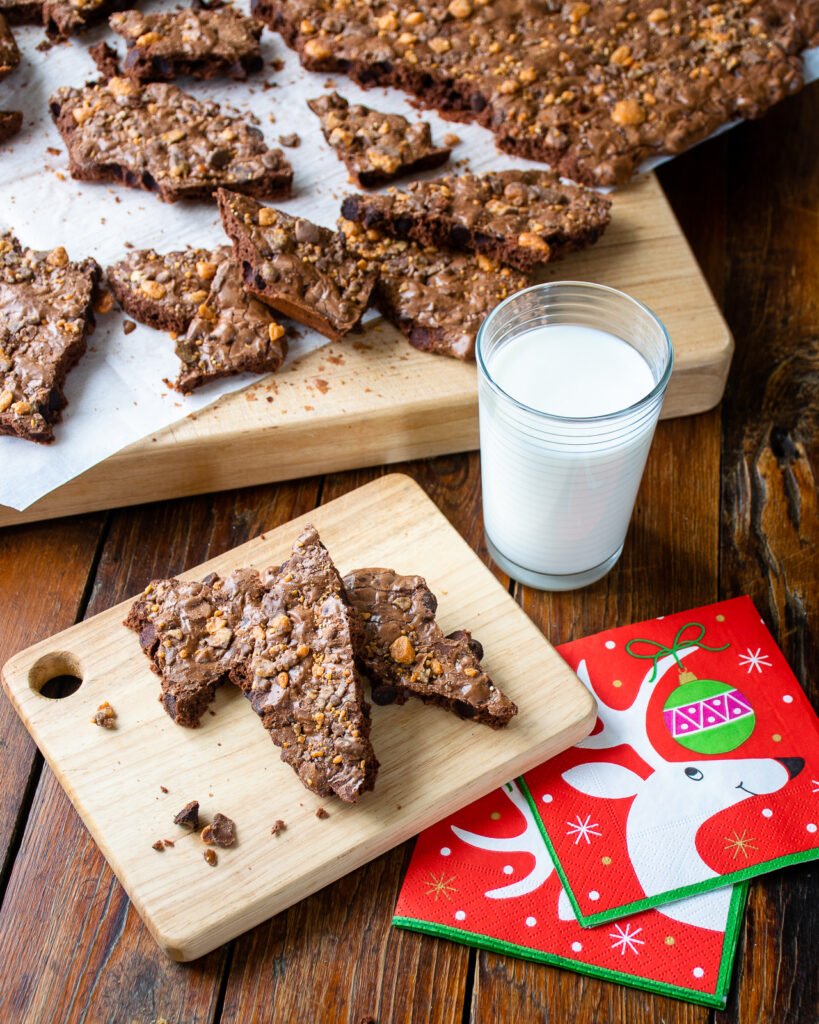 Hello! All photos and content are copyright protected. Please do not use our photos without prior written permission. If you’ve made this recipe and would like to share it with your friends, please link back to Brownie Brittle with Toffee Bits on Blue Jean Chef. Thank you!