Béchamel sauce, also known as a white sauce, is probably the easiest of all five Mother Sauces to make.

Béchamel sauce is an important sauce in the culinary world because it’s one of the five mother sauces. The mother sauces are the sauces that serve as the base for all other sauces – hence the name “mother”. They all include liquid and a thickening agent of some kind. Know these sauces, and you should be in good shape to make any number of sauces to dress your foods. This decisive list of sauces was determined by two chefs at different times. Marie-Antoine Carême decided that there were four mother sauces in the early 1800s and then in the early 1900s, Auguste Escoffier revised the list, dropping one and adding two more making it a total of five sauces (Béchamel, Velouté, Hollandaise, Brown Sauce/Espagnole and Classic Tomato). 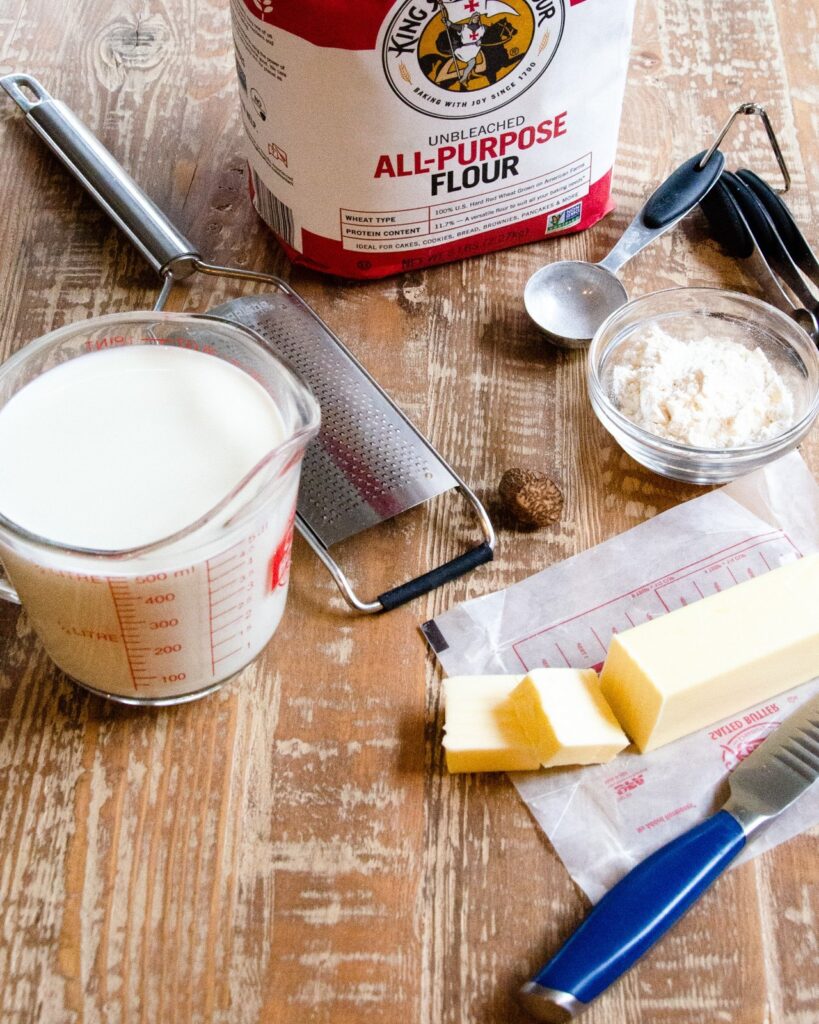 Béchamel sauce was traditionally a little more complicated than what most recipes call for today. Most cooks make Béchamel sauce simply with butter, flour and milk. In a classic rendition of the sauce, however, you would use butter, flour (the thickening agent) and milk (the liquid), but the sauce would be flavored with onion, cloves, bay and nutmeg. To do this, you would simmer the sauce with an onion piqué, which is a whole or half an onion with a bay leaf nailed to it using cloves as the nails. The flavors would seep into the sauce and the sauce would gently reduce and thicken. While it’s not done very often anymore, it does take a basic Béchamel sauce and elevate it to a whole new level.

How to Season Béchamel Sauce 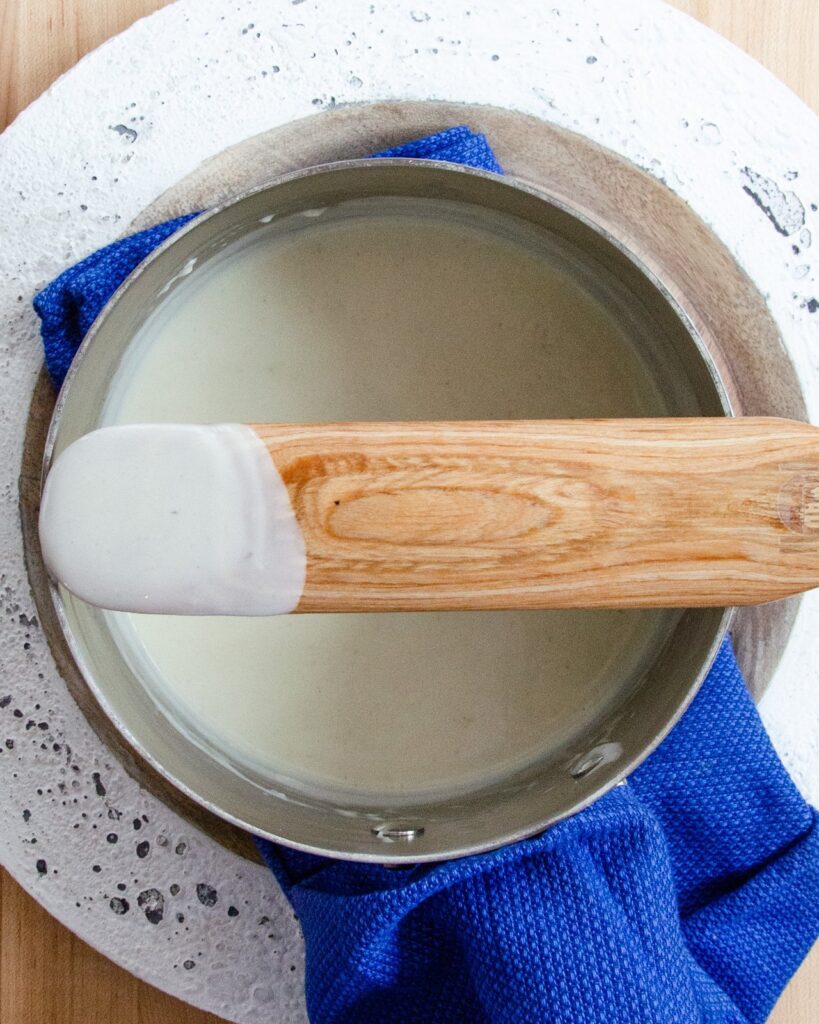 How to Make Béchamel Sauce

But… before you can do that, you need to know how to properly make a Béchamel. So, here is your lesson. The key points are:

Simple rules. Still, if all fails and you end up with lumps in your Béchamel, don’t throw it out! Simply strain it through a fine mesh strainer and don’t tell anyone!

Hello! All photos and content are copyright protected. Please do not use our photos without prior written permission. If you’ve made this recipe and would like to share it with your friends, please link back to Béchamel Sauce on Blue Jean Chef. Thank you!