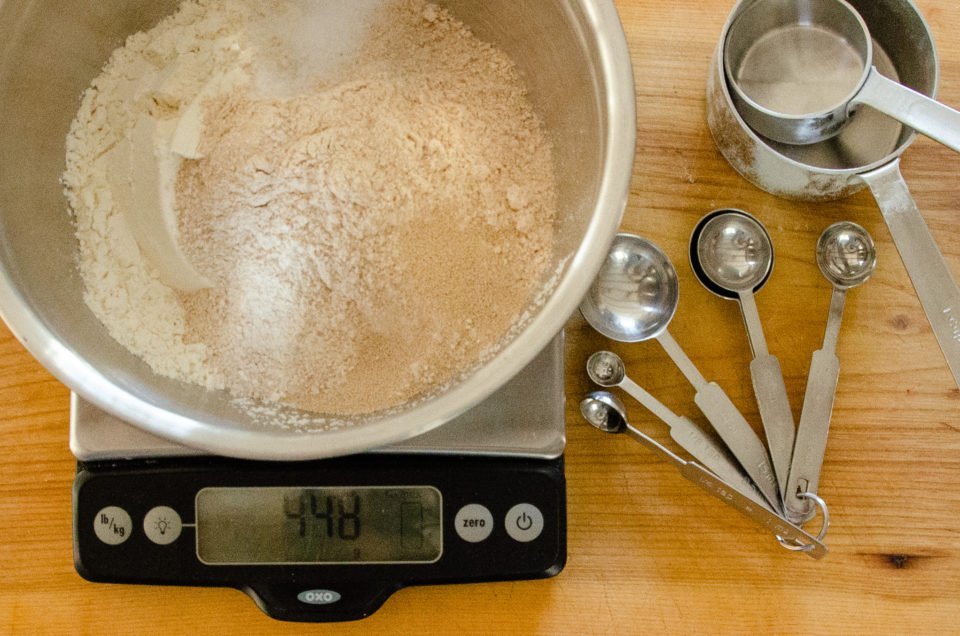 It has a darker, earthier appearance and taste, but still gives you that light airy crumb that you are looking for and is just as easy to make. 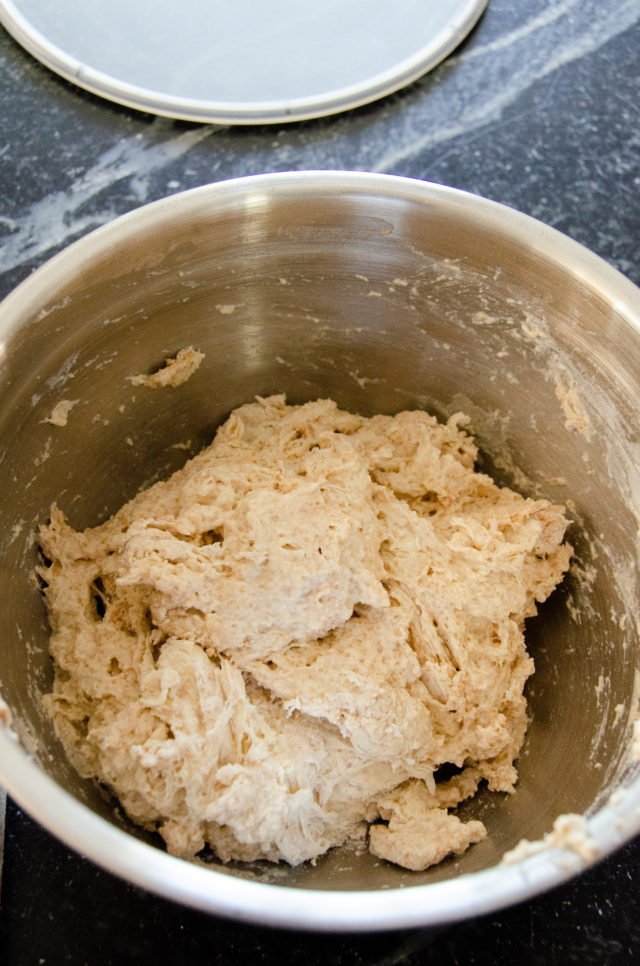 Once the dough ingredients are mixed together.

You will need to plan ahead, of course, when making this dough. The slow fermentation (rise) of the dough is what gives it its great flavor and allows the gluten to develop without kneading. That slow rise will take at least 12 hours, but is better if you let it take 18 hours or even longer. The second rise should be 1 to 2 hours long as well, so obviously you need to make this bread today and expect to eat it tomorrow. 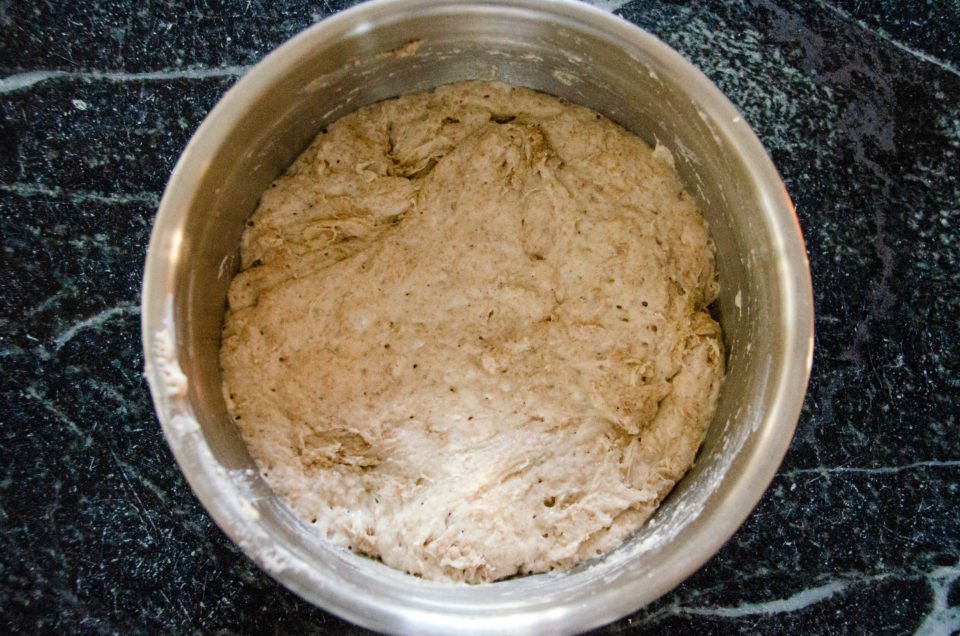 After 18 hours of slow fermentation.

Once you’ve done your planning – calculating 18 to 24 hours backwards from when you want to enjoy the bread – the rest is really very simple. There are only 5 ingredients in this whole wheat no knead bread. Mixing them together takes just about 5 minutes of your time. The rest of the process is just “loafing around”. (couldn’t help myself!) 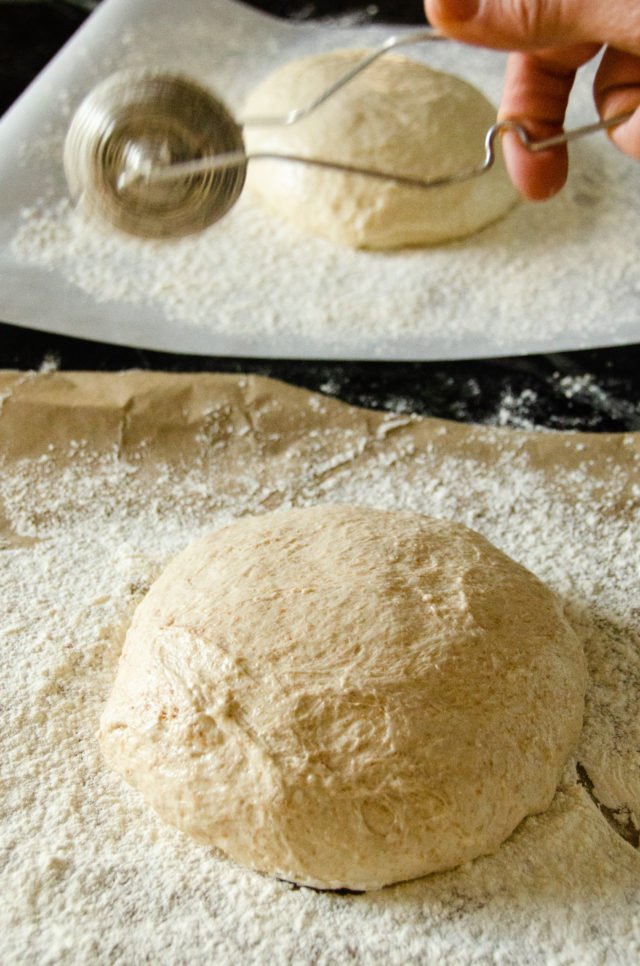 Turned out onto floured parchment, ready for 2nd rise.

Be generous with the flour when you turn the bread out – it will save you a lot of frustration. It’s not a disaster if the bread sticks to the parchment paper, but it will tear the dough and it won’t be quite as pretty a loaf of bread as it could be. I use a manual flour dusting wand to give me the most even coating of flour. 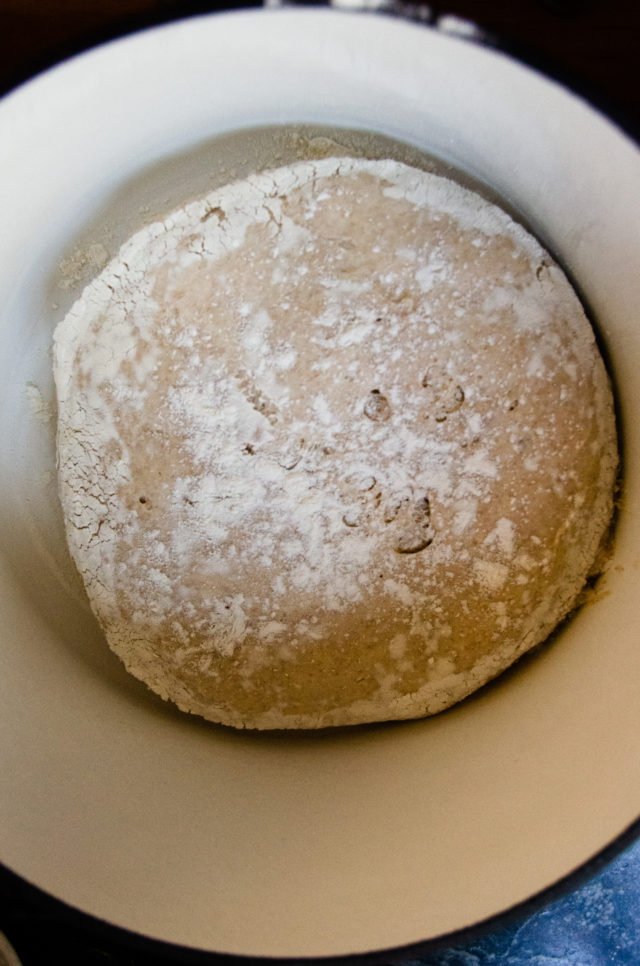 After transferring the dough to the hot cast iron pot.

A cast iron pot is important to the recipe, although you could also use a heavy metal pot. Cast iron holds heat much better than aluminum or stainless steel, and it’s that intense heat that gives the bread a head start and helps it rise. The lid on the cast iron pot turns the pot into a tiny oven of its own and traps the steam that is released by the dough. That’s important for the crust. So, if you can, go with cast iron. 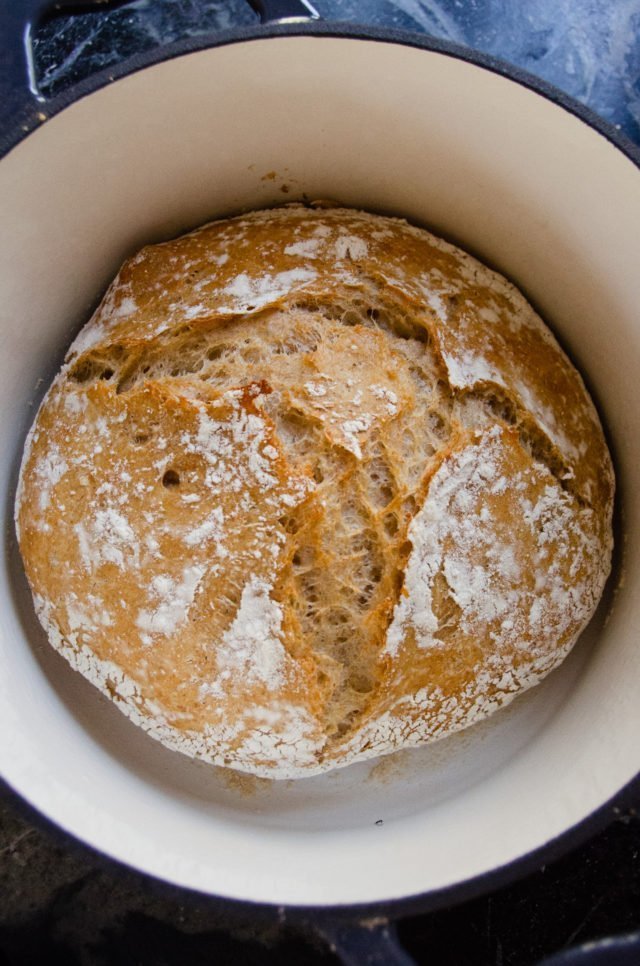 After 30 minutes of baking in the cast iron pot.

Once the bread is in the pot, there’s really no concern about it sticking at all. The bread will pop right out hen it has finished cooking. It will look as spectacular as the one below, the pot will need an easy rinse and you’ll look like a rock star baker. 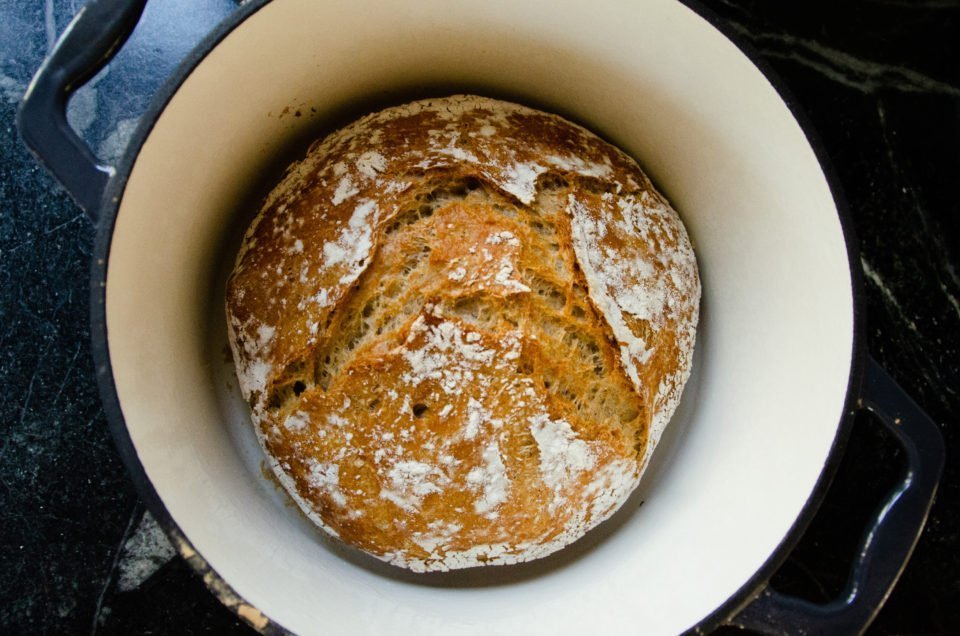 If you like this whole wheat version of Jim Lahey’s No Knead Bread, try my traditional white version here. 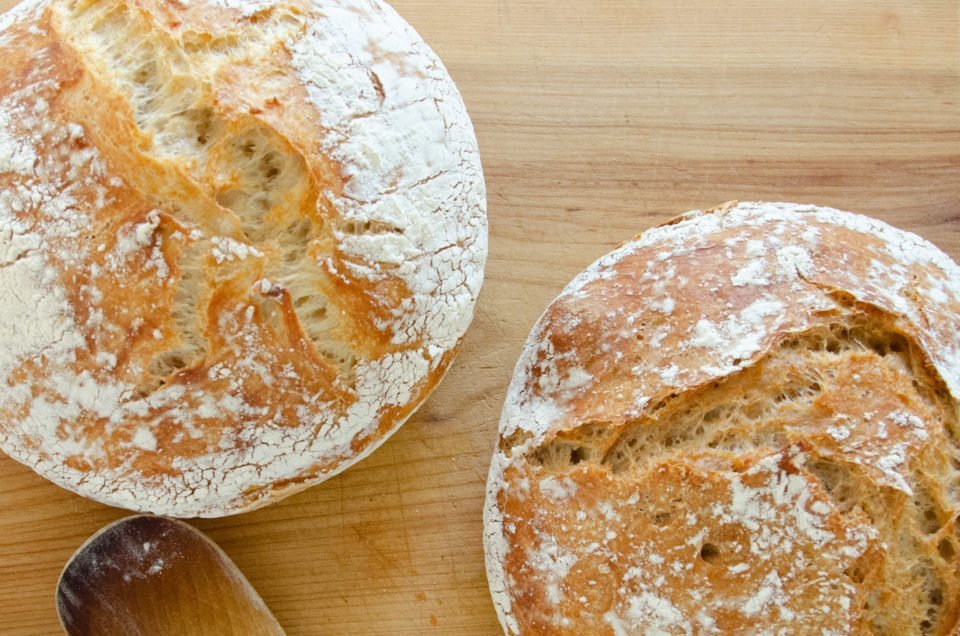 Hello! All photos and content are copyright protected. Please do not use our photos without prior written permission. If you’ve made this recipe and would like to share it with your friends, please link back to Whole Wheat No Knead Bread on Blue Jean Chef. Thank you!