Using an Instant Pot® (pressure cooker) is a great way to cook pork chops because the result is always tender and moist. This recipe has an easy glaze with a slightly sweet Asian flavor. It uses a jar of orange marmalade as a shortcut and along with a 4-minute cooking time, this recipe is perfect for any day of the week.

The key to making moist and tender pork chops in a pressure cooker is not to over-cook them, and the key to not over-cooking is to pay attention to the thickness of the chops you are cooking. This recipe for orange marmalade pork chops calls for boneless chops that are at least one-inch thick. If your chops are thinner than one inch, you can drop the cooking time by one to two minutes, but it’s much easier to over-cook a thin pork chop. You can use bone-in or boneless pork chops, but I recommend making sure they are at least 1-inch thick.

After seasoning simply with salt and pepper, the first step towards success is to sear the pork chops. Searing not only adds flavor to the dish, but also gives them a nice brown color.  Then, it’s as simple as sautéing some onions, loading in the rest of the vegetables, adding liquid, returning the chops and pressure cooking for a quick 4-minutes. You can even add some fresh oranges slices to infuse even more flavor to the dish.

Orange marmalade pork chops only take 4 minutes using one-inch pork chops, but plan for a little extra time because it’s very important to use a natural release when cooking pork chops. It’s the natural release that helps to keep them really tender. It could take as long as 10 to 15 minutes for the natural release, so make sure you figure that in to your prep and cooking time. 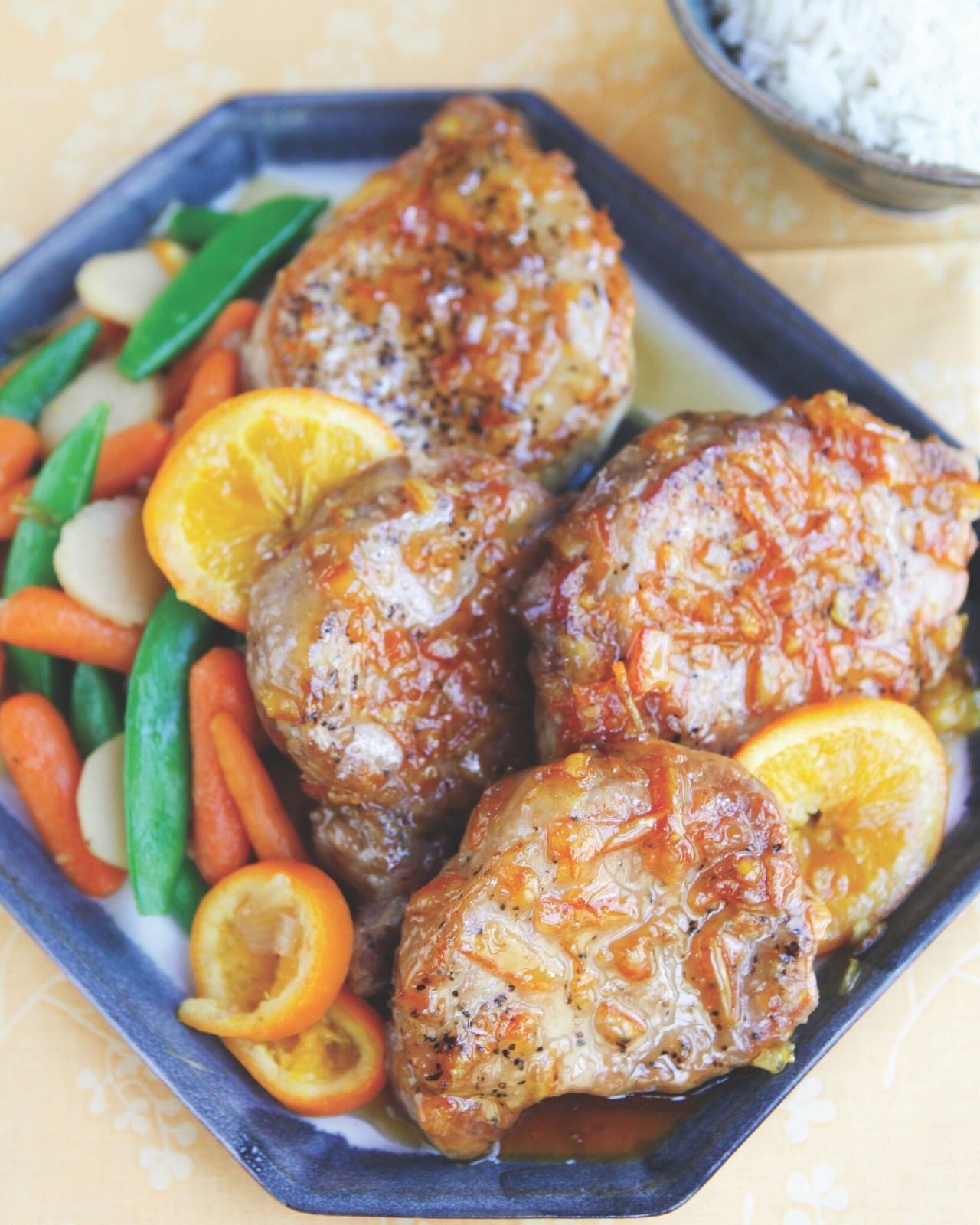 You’ve completed a quick cook time and patiently waited for the pressure to release naturally, but your food will still be very hot and it’s a good idea for the pork chops to rest before you cut into them. Resting only takes about 3 to 5 minutes and in those 3 minutes, you can simmer the liquid in the pot so that it thickens into a delicious sauce for your chops. This recipe includes vegetables already so all you need is a little rice to go along with it.  There you have it, easy and juicy pressure cooker pork chops! If you like pork chops with a creamier sauce and a tangy flavor, try my pressure cooker Pork Chops with Artichokes, Capers, Sun-dried Tomatoes and Lemons.

How to Cook Basmati Rice

Basmati rice is named after a word that means "fragrance" and as its name implies, it imparts a beautiful aroma...View Technique

Hello! All photos and content are copyright protected. Please do not use our photos without prior written permission. If you’ve made this recipe and would like to share it with your friends, please link back to Pork Chops with Orange Marmalade Glaze on Blue Jean Chef. Thank you!