This braised chicken dish gets a bright finish with orange zest, which is one of my favorite flavor combination with green olives. The smoked paprika adds a gentle smoky flavor too.

The first thing to tackle in this recipe is the chicken. I always prefer to buy a whole chicken and cut it up myself. That way, all options are open to me. I can decide to leave the legs whole in one piece, or break them down into thighs and drumsticks. I can choose to leave the breasts whole or cut them in half. I can also be very careful as I’m cutting the chicken into pieces doing as little damage as possible to the skin and trimming off all the fat that I want to. I find so often when you buy a chicken already cut up that not enough attention has been paid to the task by the person who has to break down chickens all day long and you’re better off doing the job yourself. 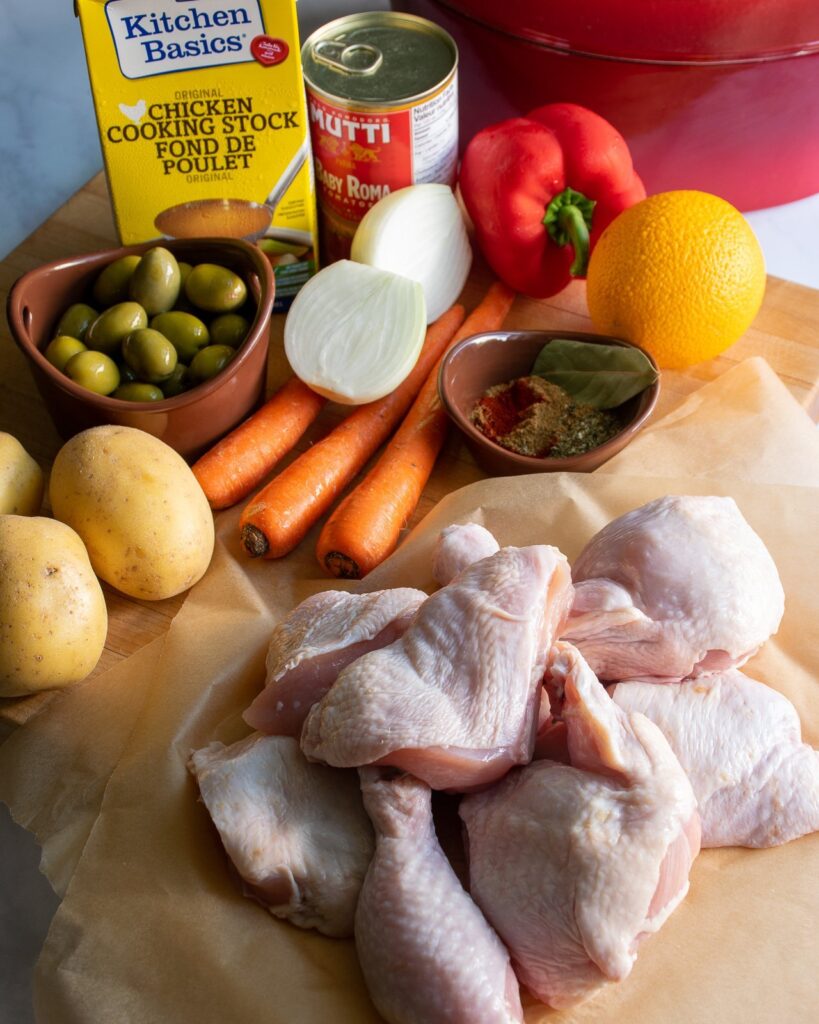 Browning the chicken is an important step for a few reasons. First of all, it gives the chicken a much better appearance. Secondly, it renders off some of the fat and you can then pour that fat off or leave it in the pot as you see fit. Finally, it browns the bottom of the pot which you then deglaze, scraping up all the browned bits, and gives your dish much more flavor. Remember that browning takes time. Don’t skimp on this step because you can see how important it is. You will have to brown the chicken in batches (unless you have an enormous pot) and it will inevitably take longer than you think, so plan accordingly but don’t cheat yourself by trying to rush through this step. 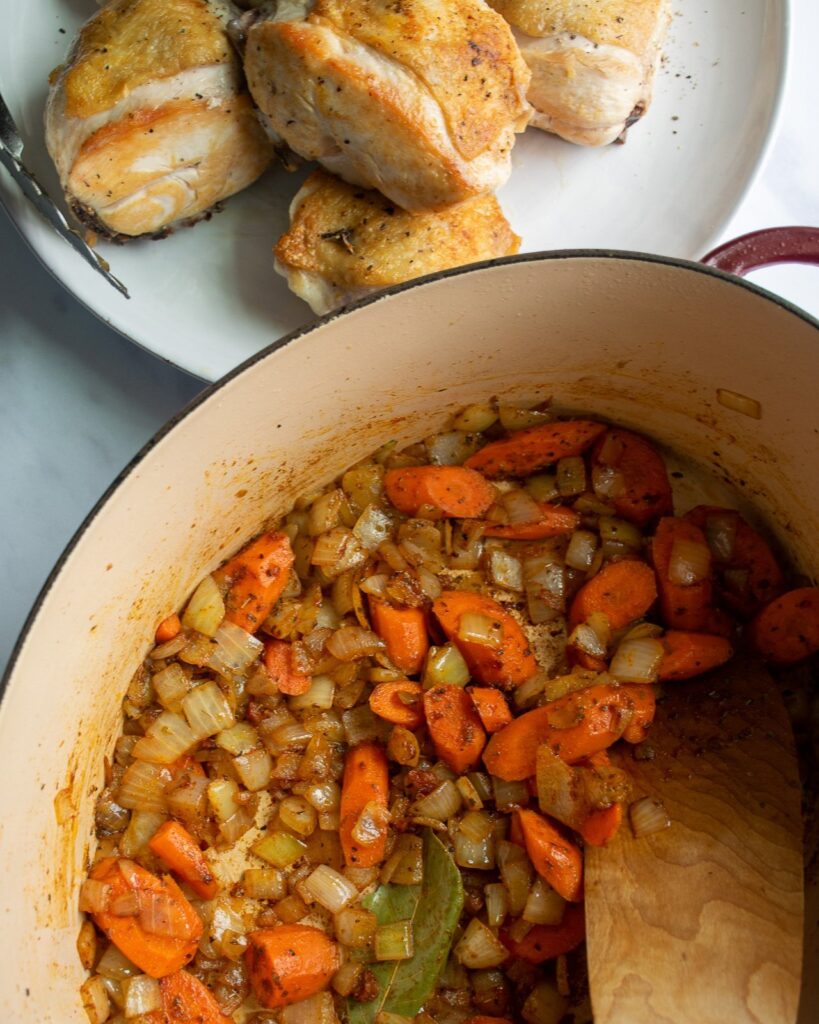 You don’t need to submerge the chicken when you add it back to the pot. I nestle the chicken pieces into the tomato and vegetable broth with the skin side up and exposed, which allows me to brown that skin again under the broiler at the end without having to rearrange anything. 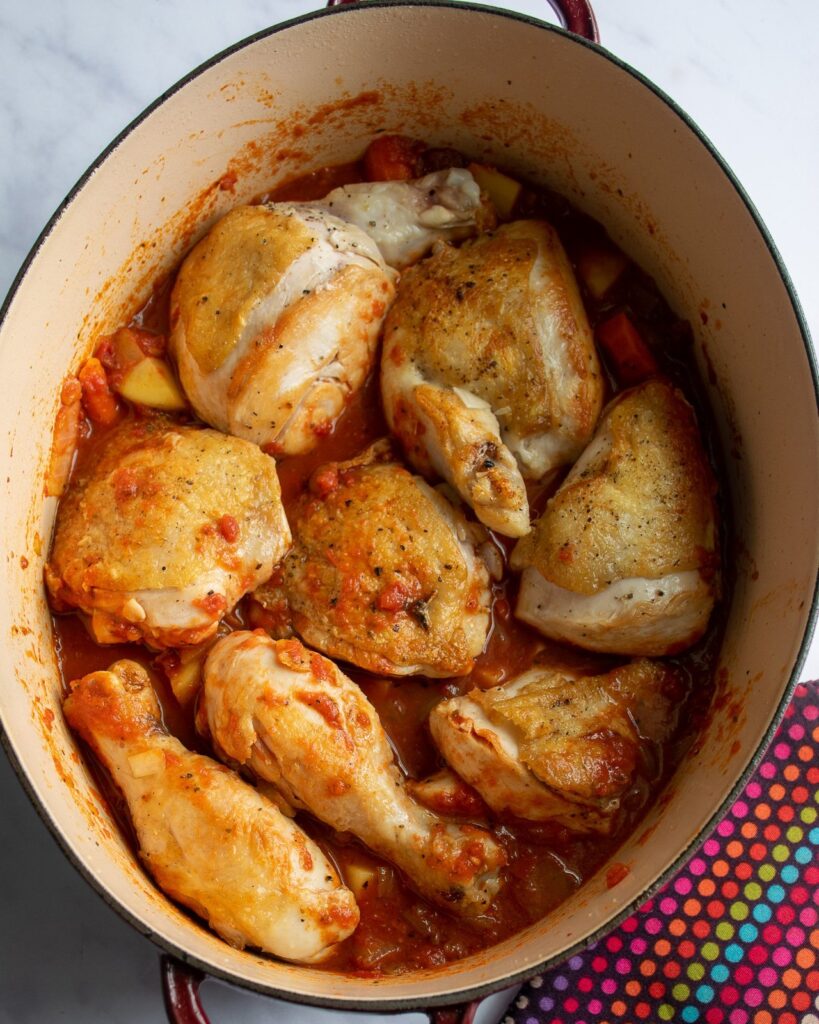 After 30 minutes of covered simmering time, add the olives and red pepper and continue to simmer the chicken uncovered. This will allow the sauce to reduce just a little. The potatoes will be soft and will help thicken the sauce a little too. 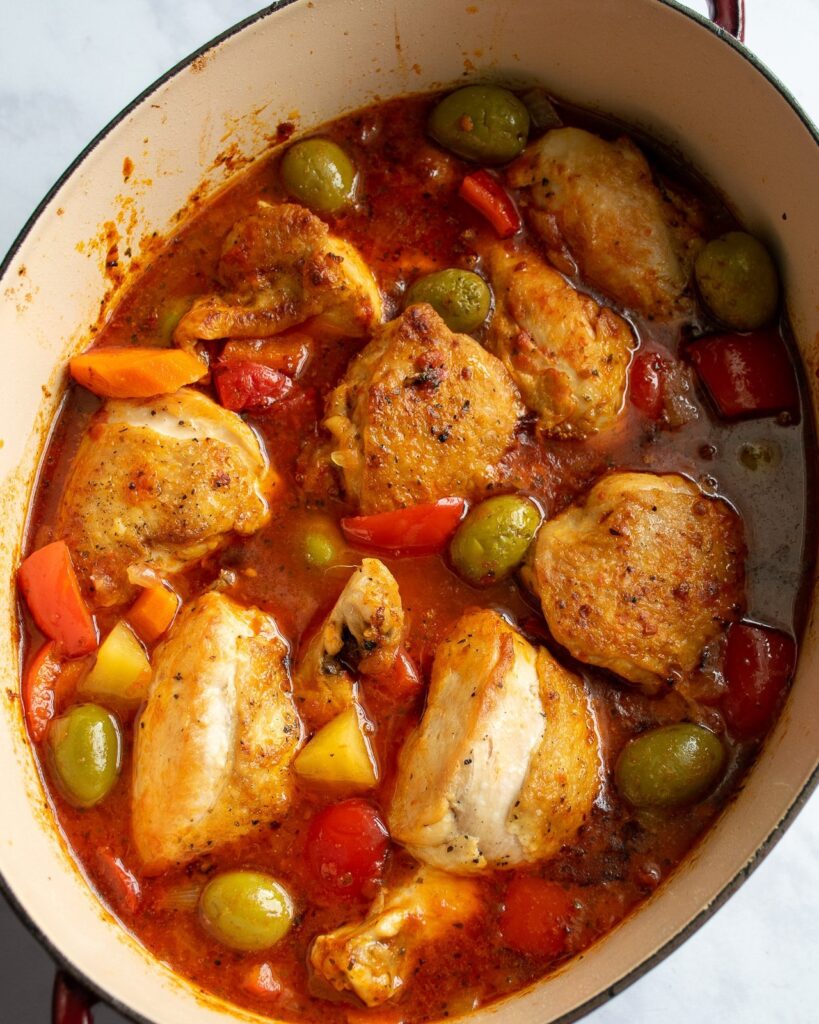 The final step of popping the Dutch oven under the broiler is well worth it in my opinion. It takes just a few moments and you can watch the chicken skin come back to life. Make sure you do this before you add the orange zest and parsley at the end. Those finishing ingredients should come just before you serve. 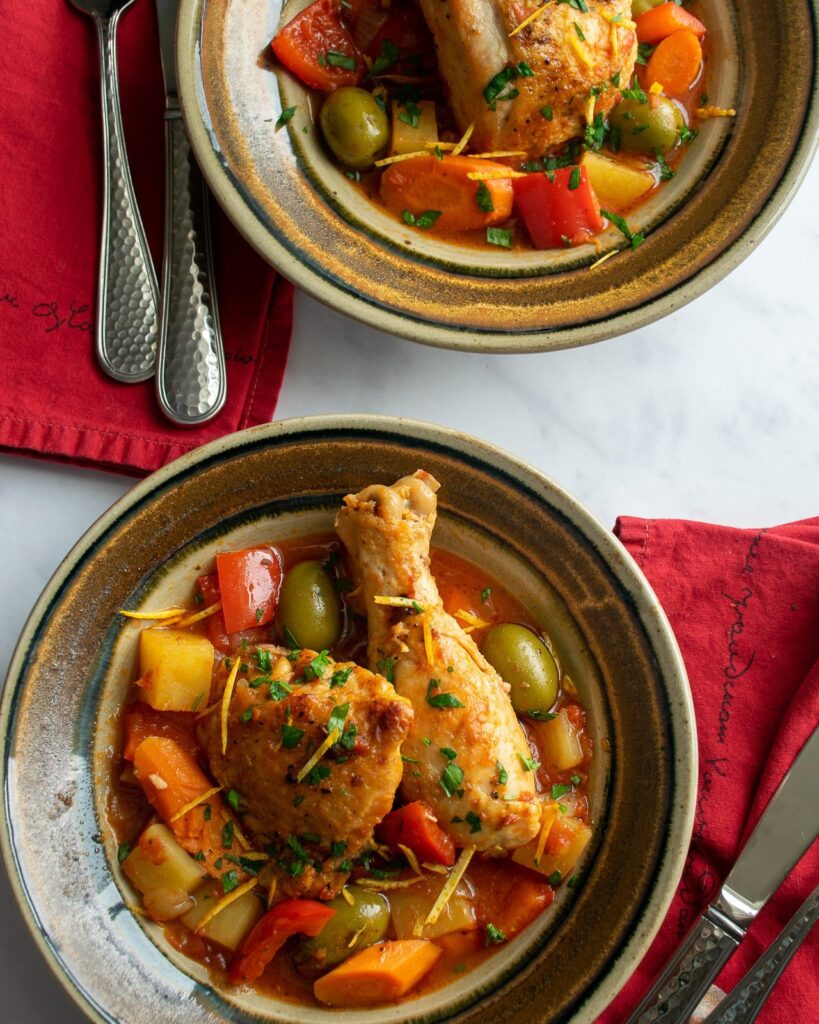 With potatoes already in the stew, you don’t have to serve this dish with anything, but you might like to serve it over rice so that you can soak up every last drop of the delicious sauce.

To braise means to cook something partially covered in liquid, in a pot covered with a lid, at a low...View Technique

Hello! All photos and content are copyright protected. Please do not use our photos without prior written permission. If you’ve made this recipe and would like to share it with your friends, please link back to Spanish Style Chicken Stew with Green Olives on Blue Jean Chef. Thank you!