A spatchcocked chicken is a chicken with the backbone removed so that it lies flat. It's always much easier to grill than a whole chicken and it's easier to carve at the end too.

“Spatchcock” is a fun word, isn’t it? It sounds a bit pretentious, a bit risqué, and a bit elusive all at the same time. Plus, it’s full of hard consonants which just makes it enjoyable to pronounce. It usually refers to a preparation of chicken where you remove the backbone and open the chicken so that it can lie flat. This makes it much easier to cook and allows it to cook faster. You could also say “butterfly” the chicken instead of “spatchcock”, but “spatchcock” really is much more fun, no? You could ask your butcher to spatchcock your chicken for you, but why bother when you could do it yourself with a handy pair of shears. If you’re interested in learning how to spatchcock a chicken, click here for photos and a good explanation in the cooking school. 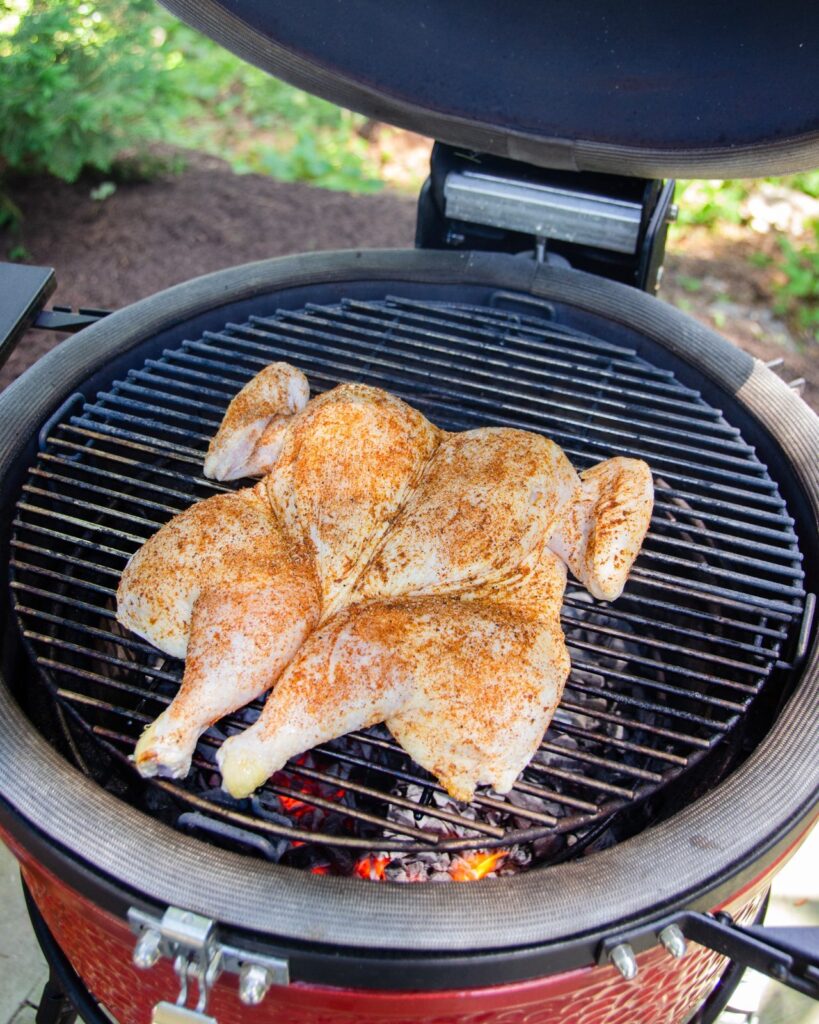 The reason a spatchcocked chicken cooks faster than a whole chicken is because the breasts and legs get direct contact from the heat source when the chicken is skin-side down AND when the chicken is skin-side up. It’s easier to cook than a whole chicken (especially on the grill) because you’ve turned it into a flat piece of meat with two sides, rather than a circle with four sides. You simply flip the chicken over a couple of times on the grill, rather than rotating it around to ensure all sides get cooked evenly. 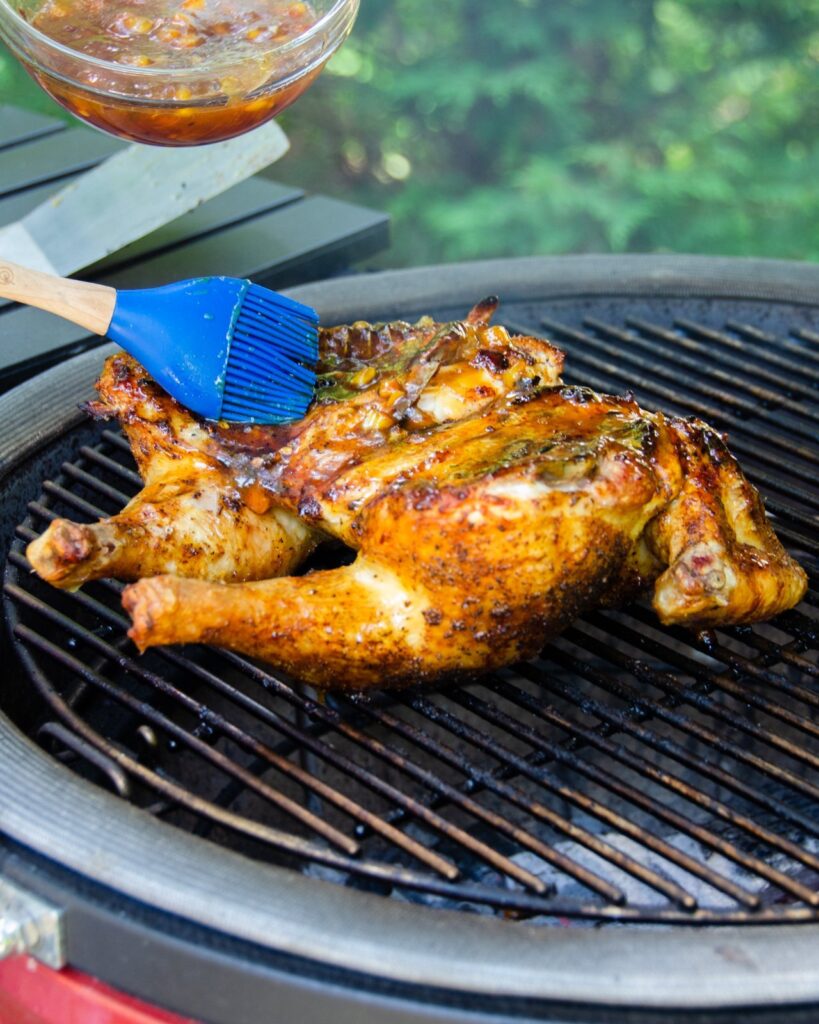 Grilling a spatchcocked chicken has advantage over grilling pieces of chicken too – you only have to flip one item rather than flipping several items on the grill and you only baste one larger piece of chicken rather than basting 6 or 8 individual pieces. In this recipe, you only baste the chicken after it has cooked for 40 minutes because as with most glazes, there is a relatively high sugar content which can brown or burn quickly. So, glaze only at the end of cooking and let the glaze bake onto the skin. You can serve any remaining glaze at the table for added flavor. 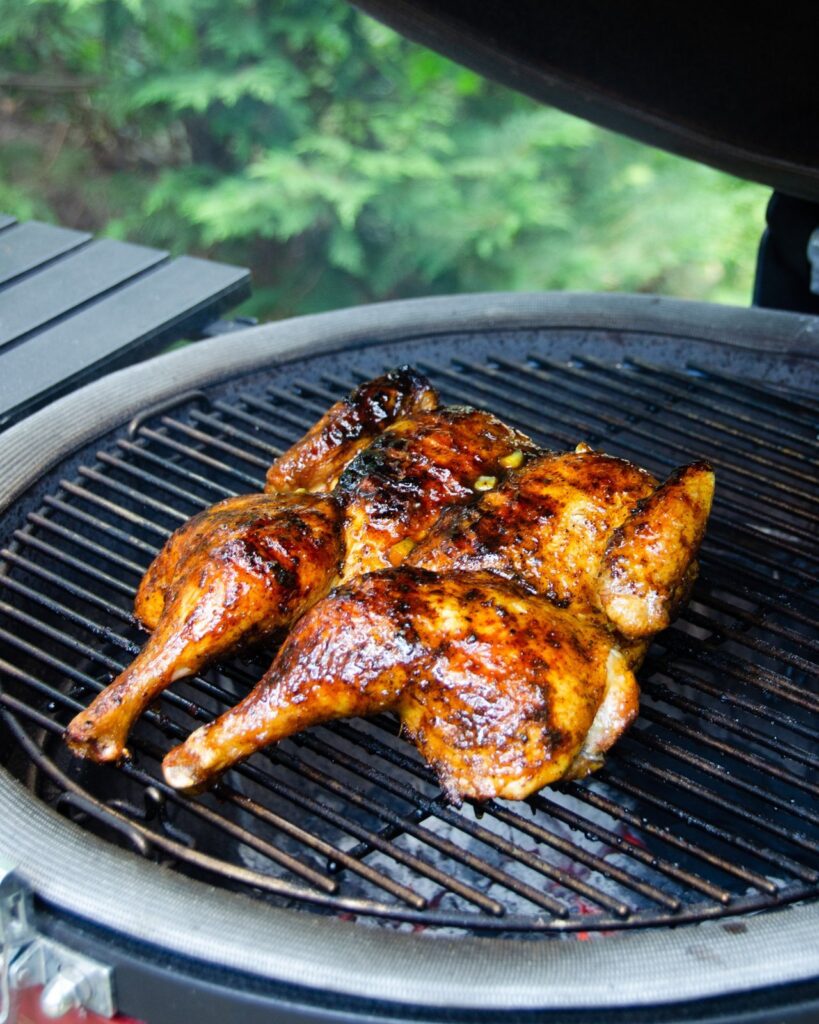 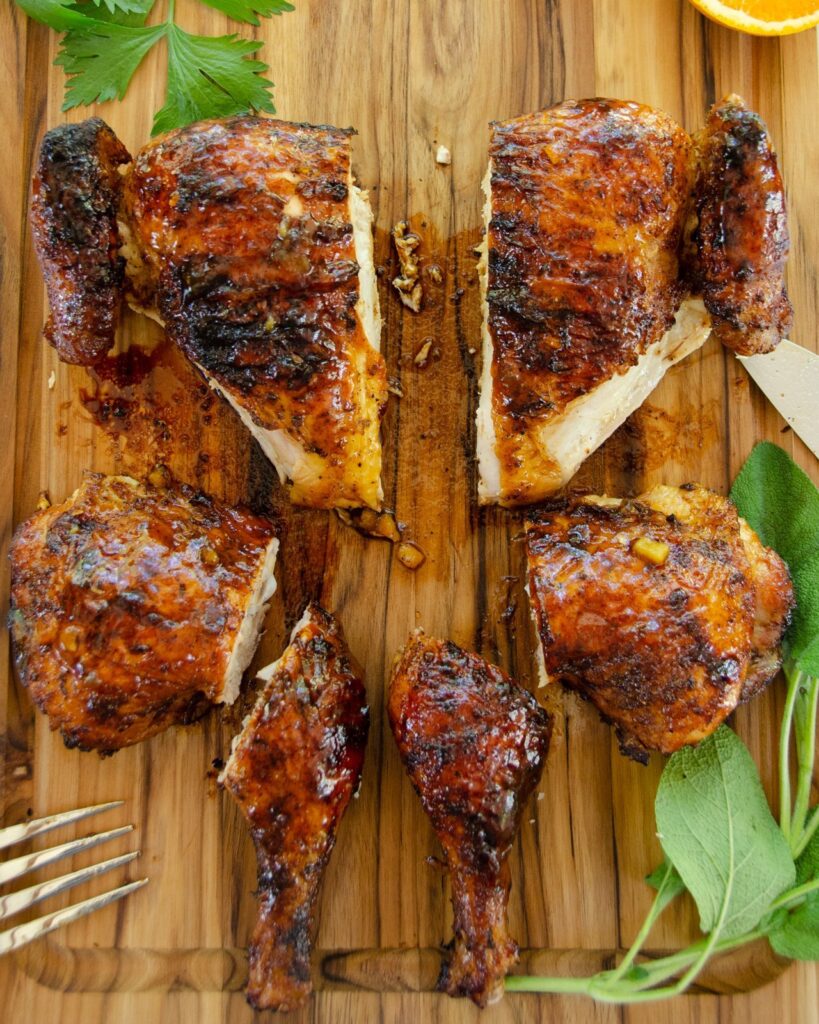 When it comes to cutting the chicken into pieces, it’s easy to slice right through a spatchcocked chicken, separating the legs from the breasts, and then the drumsticks from the thighs. You can cut it into 6 pieces as in the photo above, or slice each breast half in half again. While this recipe indicates that you can serve four people with this recipe, I really think you can squeak out six portions with a full 5-pound chicken. 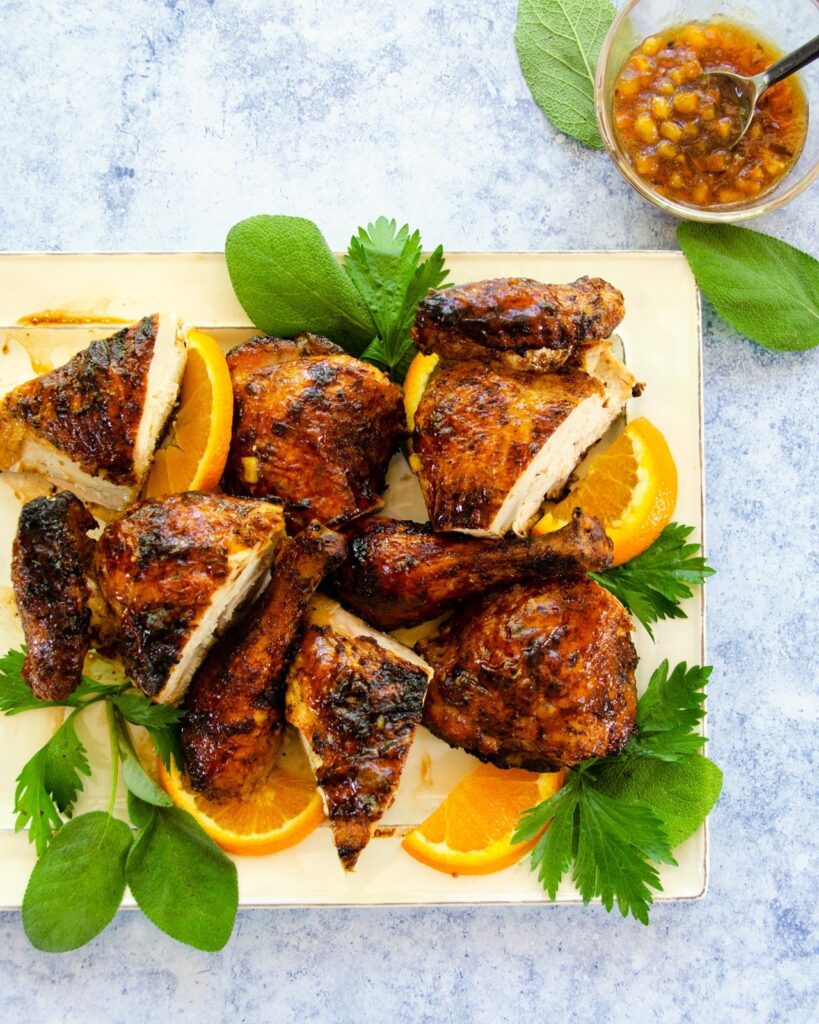 It’s always nice to garnish foods with ingredients from the recipe, so have a couple extra oranges on hand to slice up around the chicken. Fresh herbs or salad greens are always welcome too. 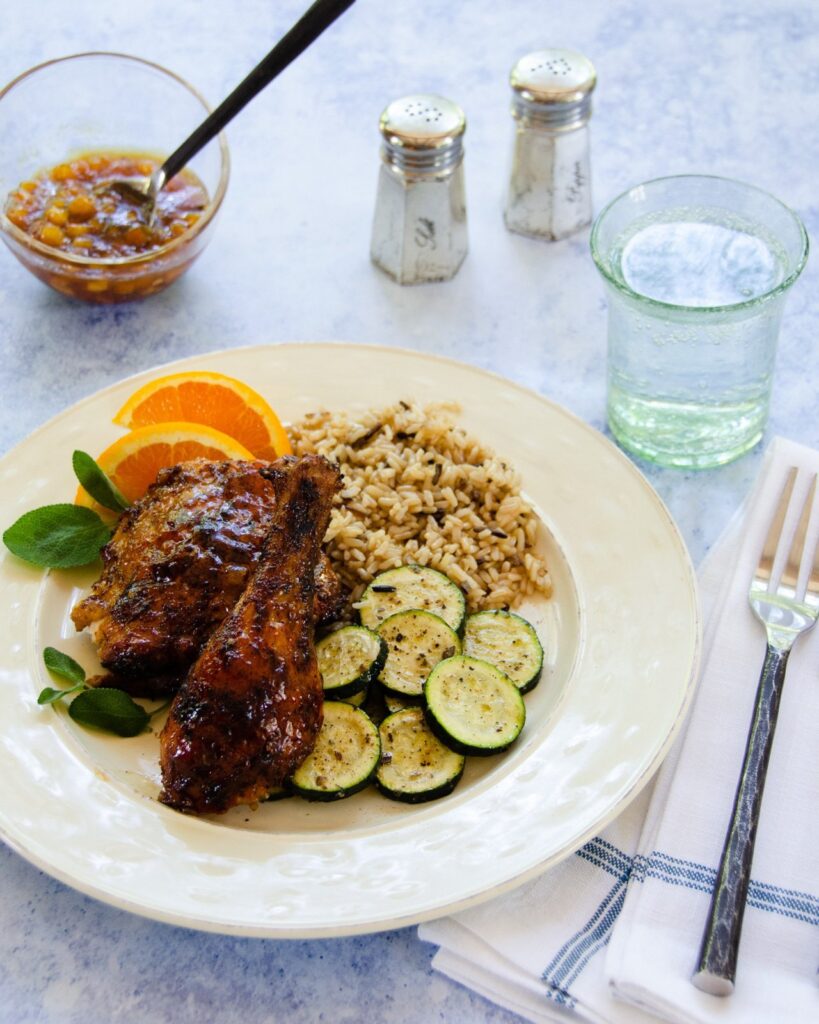 How to Spatchcock a Chicken

To spatchcock a chicken means to remove its backbone so that it can lie flat. A spatchcocked chicken is much...View Technique

Hello! All photos and content are copyright protected. Please do not use our photos without prior written permission. If you’ve made this recipe and would like to share it with your friends, please link back to Orange Spiced Grilled Spatchcocked Chicken on Blue Jean Chef. Thank you!